Olivier De Schutter, the UN Special Rapporteur on extreme poverty and human rights, made a devastating warning to the UK government – and demanded a full impact assessment of the cut

The UN Special Rapporteur on extreme poverty and human rights made a devastating intervention after Tory minsters refused calls to cancel the £20-a-week cut.

Olivier De Schutter said it is “doubtful” the measure – which kicks in between October 13 and November 12 – “conforms to international human rights law and standards”.

He added it would only be possible to assess if it breaches the law if there is a “detailed impact assessment” – something the UK government has refused to carry out.

Mr De Schutter said the cut is “likely to leave millions of recipients struggling to meet their daily expenses” and told The Guardian: “It’s unconscionable at this point in time to remove this benefit.”

Work and Pensions Minister Will Quince today claimed it was “not possible” to “robustly” assess the impact of the cut – which will affect almost 6million Brits in 5.2million households.

Asked if he’d done any analysis on how children and disabled people will be hit, or how support could be sent to them, he told MPs: “My understanding is we haven’t, no.”

Mr Quince dismissed pleas for families to have a “minimum income standard” if £482 a week, saying it “includes things that many wouldn’t consider to be necessities, such as Netflix and alcohol and jewellery.”

And dismissing calls for an impact assessment, he said: “Every single week hundreds of thousands of people are moving into work.

“But… they do that on the basis of everything remaining constant and static. We are far from in a static or constant position. Thankfully our economy is heading in the right direction, the labour market is doing incredibly well and we have a record number of vacancies.”

However, Mr Quince refused to deny he had privately asked for the £20-a-week “uplift” – introduced in April 2020 – to be extended.

He told the Commons Work and Pensions Committee: “I don’t think it’s appropriate that I necessarily go into detail of discussions we may or may not have had with HM Treasury, much of which would’ve been no doubt between the Secretary of State, the Chief Secretary to the Treasury and the Chancellor, and no doubt the Prime Minister himself.”

Tory MP Selaine Saxby said “a lot of us are concerned” about the hit to single-parent families, while Labour ’s Debbie Abrahams branded the lack of impact assessment a “disgrace”.

Mr Quince faced the Committee after Parliament passed a Labour motion demanding the £20-a-week cut is cancelled. MPs – including four Tory rebels – voted 253-0 in favour of cancelling the cut.

Tory MPs were ordered to abstain during the PM’s Cabinet reshuffle.

But because the vote was not legally binding, Boris Johnson will ignore it.

He told MPs: “The rates [of working-age benefits] have never been formally linked to earnings.

“So over time, you would expect the level of benefits to move away from an average earnings measure. Because earnings normally, historically, exceed prices.”

Mr Couling also admitted that despite more than 5million messages sent to claimants, the cut could still take some by surprised.

“I fear most people will react when their money is actually reduced and not see some of this,” Mr Couling told MPs.

Mr Quince said officials had been careful to space out messages warning claimants there money will be cut, because they could “overload our system” if they all called up worried at once.

A Government Spokesperson said: “Universal Credit is supporting 6 million people and will continue to provide a comprehensive, vital safety net for those both in and out of work.

“As announced by the Chancellor at the Budget, the Universal Credit uplift was always a temporary measure designed to help claimants through the financial disruption of the toughest stages of the pandemic – it has done so, and it’s right that the Government should focus on its Plan for Jobs, supporting people back into work and supporting those already employed to progress and earn more.”

See also  Opposition parties disagree over move to see off no-deal Brexit
Share on FacebookShare on TwitterShare on PinterestShare on Reddit
newscabalSeptember 16, 2021 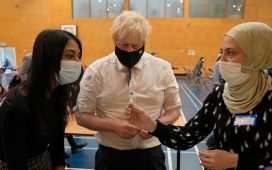 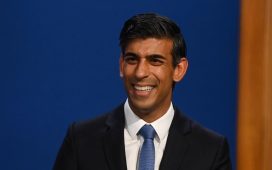