Professor Stephen Powis, the medical director of NHS England, said “the freedom we now all enjoy” is a direct result of the willingness of patients to come forward for jabs 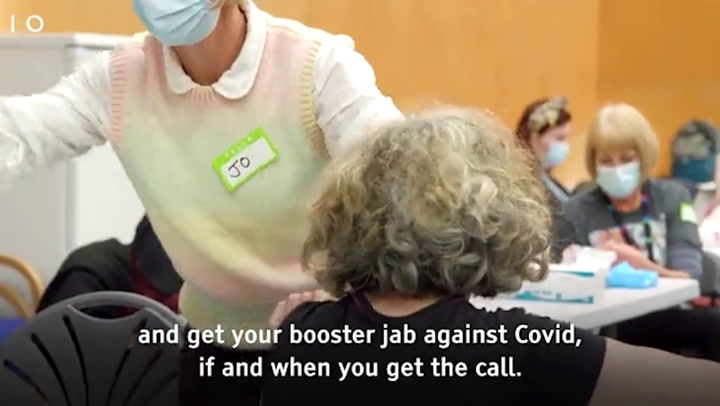 The UK’s most senior NHS doctor has urged Brits eligible for Covid-19 booster jabs to ‘take up the offer.’

Professor Stephen Powis, the medical director of NHS England, said “the freedom we now all enjoy” is a direct result of the willingness of patients to come forward for jabs.

His warning that the country is at a “crunch point” comes amid concern in government over the speed of the booster rollout, as well as rising hospitalisations.

Professor Powis wrote in the Sunday Telegraph: “To maximise the impact of the vaccination programme we must all continue to act responsibly. The more of us that come forward for our booster jab, and the more we keep our resolve in helping to limit the spread of infection, then the greater chance we all have of staying well.”

Prof Powis said this time last year there were more than 6,800 people in hospital with Covid, and this weekend the figure is 6,405, but in 2020 the nation was still six weeks away from the world’s first vaccination.

“So, when your time comes, take up the offer, book your booster and protect the freedom and Christmas that we have all earned and deserve to enjoy,” he said.

It comes as vaccine centres prepared to mount a half-term jabs blitz on 12 – 15 year olds in a bid to curb the alarming rise in school cases.

And today 2.5 million letters will begin landing on parents’ doorsteps urging them to book in.

Schools have been able to vaccinate nearly 500,000 pupils but rates among secondary children are higher than they were in January

Deputy head of the NHS vaccine programme Dr Nikki Kanani said: “October half-term is a convenient time for parents to get their children vaccinated.

“I urge families to give children crucial protection ahead of winter.”

Parents and guardians will have to accompany sons and daughters so they can give consent for the jabs to go ahead.

Health Secretary Sajid Javid said: “This will further support the vaccine rollout to build our wall of defence.”

The NHS booster programme has now delivered third doses to 4.7 million adults while three in five 16- and 17-year olds have had their single dose.

Earlier, Professor Adam Finn, who sits on the Joint Committee of Vaccination and Immunisation (JCVI), said Covid-19 hospital admissions and deaths are rising, and warned against complacency in what he said is a “worsening” situation.

And Labour has called on the Government to implement plan B now.

Professor Finn told Sky News: “The vaccine programme by itself is not enough to bring things under control.

“All of those things now need to happen, if we’re going to stop this rise and get things under control soon enough to stop a real meltdown in the middle of winter.”

Shadow Chancellor Rachel Reeves accused the Tories of “dithering and delaying” on Covid measures and said it’s time for them to follow the science.

Asked if ministers should adopt the plan on BBC Andrew Marr’s show, Ms Reeves said: “Yes, but let’s not let the Government off the hook with plan A. I think the first thing is the Government has got to do more to make Plan A work.

“If the scientists are saying work from home and masks, we should do that. So get A working better because the vaccination programme has been stalling, introduce those parts of Plan B.”

She earlier admitted she doesn’t care about the technical jargon of plan A and plan B, as she insisted “we just need something that works”.

Chancellor Rishi Sunak told the BBC the data doesn’t currently suggest the UK should “immediately” move to Plan B.

He said: “Well the Prime Minister actually just said that we’re looking at the data all the time, as you would expect us too. We’re monitoring everything, but at the moment the data does not suggest that we should be immediately moving to Plan B, but of course we will keep an eye on that and the plans are ready.”