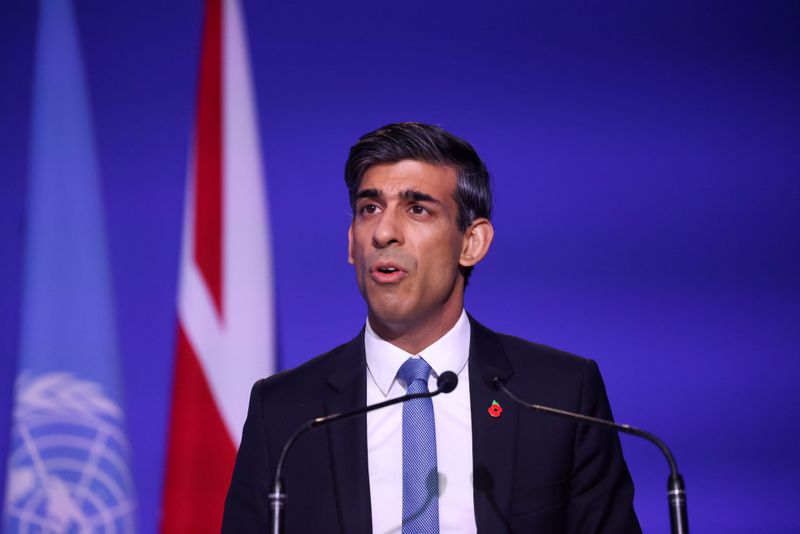 (Reuters) -Britain’s finance minister Rishi Sunak is preparing to cut income tax by 2 pence to the pound or to slash rates of Value Added Tax (VAT) before the next election, The Times reported https:// on Friday.

Sunak has told officials to draw up detailed plans to reduce the tax burden, with a third option to cut inheritance tax also under consideration, The Times said.

His preference is said to be an income tax cut over the next three years as part of a “retail” offer before 2024, when the next general election is expected, the report added.

A Treasury spokesperson told Reuters, “We have been clear that we want to see taxes going down by the end of this Parliament and keep the tax system under review. We do not comment on speculation about specific tax change.”

The minister had earlier said in October that he has had to raise taxes to help pay for the huge spending response to COVID-19 crisis, but going forward he wanted to cut taxes.

“My mission over the rest of this parliament is for taxes to be going down by the end, not up. That’s what I want to deliver,” Sunak had said during an online discussion organised by his Conservative Party on Oct. 27.

The VAT cut would be to the headline rate of 20 per cent, along with more targeted reductions to the regime, the report states, adding that under one plan being considered, households using green energy could pay lower rates.

The Times also reported the Treasury is working on plans to increase the threshold for inheritance tax, which is 325,000 pounds ($430,000) unless it involves property left to children, when it is higher. The figure has been frozen since 2009, with 22,800 estates paying 40 per cent on anything above that, the report adds.