A chaotic and disorderly Brexit would have damaging consequences for the British economy and might trigger border delays and prevent aircraft landing from the EU, the government’s economic forecaster has warned.

The Office for Budget Responsibility said Britain crashing out of the EU without a deal in six months’ time was likely to harm economic growth, could lead to households and businesses stockpiling goods, and spark a sharp fall in the value of the pound.

The official intervention, which follows repeated warnings from captains of industry and business lobby groups, the country’s tax and spending watchdog said “an abrupt and disorderly exit could have a severe short-term impact on the economy – weaker activity and higher prices – and on the public finances”.

It comes a week before Theresa May next travels to Brussels in search of a Brexit deal, amid widening political divisions over her plan, as leading Brexiters and the DUP threaten to unseat her government should it fail to meet their demands.

In its assessment of the potential risks, the OBR said that the higher the trade and immigration barriers in any deal between Britain and Brussels, the more adverse the prospective impact on the economy and the public finances would be.

Although there is no precedent for Brexit, making it hard to forecast with accuracy, the OBR noted that the three-day week in 1974, caused by power shortages triggered by the miners’ strike, led to a 3% quarterly fall in output.

The latest warnings over no-deal Brexit come after the International Monetary Fund warned that the UK would suffer “dire consequences” from a failure to reach a deal, in a scenario that would force Britain to trade with the EU on World Trade Organization rules, which are more onerous than the unimpeded access available at present.

The independent OBR said the outcome of the EU referendum two years ago had already negatively affected the economy and the public finances. GDP growth in the UK has slowed since the Brexit vote, with Britain falling from the top to the bottom of the growth league of G7 wealthy nations.

Business investment has weakened, while one estimate said Brexit has cost the UK about £500m a week – in stark contrast to the £350m “dividend” promised by the leave campaign. 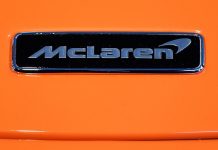 Supercar group McLaren to cut 1,200 jobs across group amid pandemic