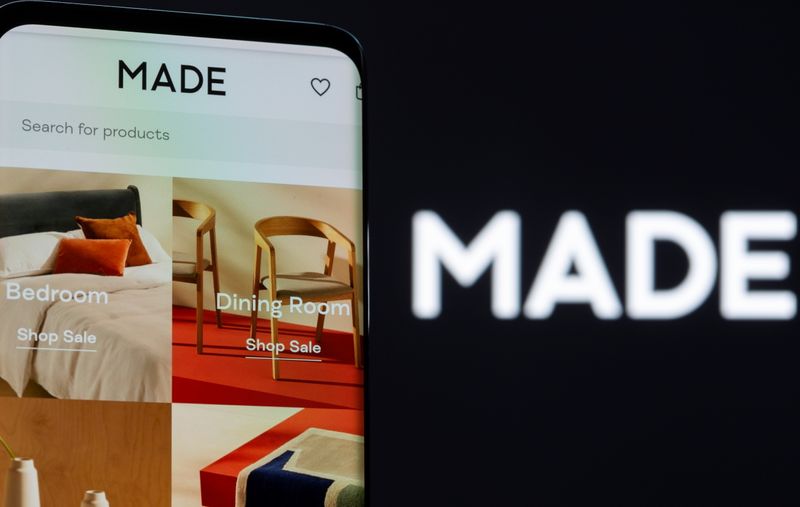 © Reuters. Made.com web site is seen on a smartphone in front of a displayed logo in this illustration taken June 16, 2021. REUTERS/Dado Ruvic/Illustration

Worsening industry-wide supply chain disruptions in recent months were negatively impacting the timing of stock intake and as a result deferring a greater proportion of its revenue to early 2022, the London-based company said, adding that demand still remained strong.

Liberum analysts expect the delayed revenues to only have a phasing impact and said the continued strong demand seen by the company in the second half of 2021 despite continuing high lead times and shipping delays, reflects positively on the strength of the brand.

Retailers across the globe have been grappling with supply chain disruptions caused by the pandemic, with Britain additionally coping with post-Brexit changes that have exacerbated a shortage of truck drivers.

The online-focussed company, which has some showrooms in the UK and Europe, said it has built stock positions to deliver significantly better lead times to consumers for 2022 and beyond, as orders placed with suppliers are now in or close to its warehouses.

The company’s shares, which are part of the small-cap index, pared early losses to trade down 4% at 128.4 pence, well below the 200 pence per share London initial public offering pricing from June.