Ukraine’s Zelenskyy says all out-war with Russia is possible: report


Ukrainian President Volodymyr Zelenskyy did not rule out the possibility that tension between Kiev and Moscow could eventually boil over and lead to an all-out war with Russia a scenario that he called “the worst thing,” a report said.

Zelenskyy was at the Yalta European Strategy summit in Kiev on Friday when he was asked about the possibility, Reuters reported.

“This is the worst thing that there can be, but unfortunately there is such a possibility,” he said, pointing out that he seeks a substantive meeting with Russian President Vladamir Putin.

Russia annexed Ukraine’s Crimean Peninsula back in 2014 and has supported a separatist insurgency in Donbas. Putin said last month that it was becoming evident that Kiev is no longer interested in a peaceful settlement to the conflict.

Zelenskyy relies heavily on U.S. support and because Russia has a much larger and capable military. (Putin said in 2014 that his military could take Ukraine in two weeks.)

Zelenskyy met with Biden in the White House last week. Prior to the meeting, officials told Fox News that Biden was going to convey his “ironclad commitment” to Ukraine’s security, sovereignty and Euro-Altantic aspirations.

See also  Liz Cheney vows to work to keep Trump from return to power – video
Share on FacebookShare on TwitterShare on PinterestShare on Reddit
newscabalSeptember 10, 2021

Shining Path’s brutal messianic leader is dead. What to do with the body? 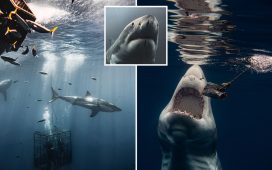 Experience: I got pulled into a conveyor belt by my scarf 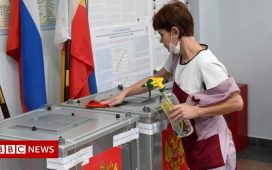