UK workers who left their jobs in the weeks after February 29 have been urged to ask their former employers to rehire them — and then put their jobs on ice — so they can benefit from the government’s coronavirus job retention scheme.

Under the programme, employees must be on a company’s payroll to benefit from the state paying 80 per cent of their wages, up to £2,500 a month, for the duration of the pandemic.

The cut-off date of the end of February was designed to prevent unscrupulous employers from creating phantom workers in order to defraud taxpayers.

But Rishi Sunak, the chancellor, said in a Twitter question and answer session on Friday that if employers rehired staff temporarily then they would be able to access the funds from the scheme.

“If you were on payroll on 28 February and then left for whatever reason the company can indeed take you back and then furlough you. Of course that would be a question for the company itself but there is absolutely nothing that prohibits that in the rules,” the chancellor said.

“HMRC will be updating its guidance to make that absolutely crystal clear,” he added.

Martin Lewis, founder of moneysavingexpert.com, a money advice website, had campaigned for the changes to the scheme. He said some workers who had left their companies voluntarily had “met a brick wall” because companies thought the rules would not allow them to rehire them in order to claim the government’s income support.

“Well now it’s official — the rules do allow it and it would be wonderful if they deliver,” Mr Martin said.

The job support scheme is unprecedented in UK history, although many other countries have produced similar initiatives to prevent a huge spike in unemployment.

The Treasury has privately estimated that about 3m people, or 10 per cent of the private sector workforce, would be laid off temporarily and thus their employers would be able to take advantage of the government job retention scheme.

But a survey by the British Chambers of Commerce earlier this week suggested that this figure could be much higher, with about half of UK companies saying they are planning to furlough many of their staff because of coronavirus.

About 44 per cent of companies told the BCC that at least half their staff would be paid through the scheme, and one-third said they were planning to furlough more than 75 per cent of their workforce over the next week. The survey found a fifth of businesses had closed operations temporarily.

A separate survey by the CIPD, the body for HR professionals, and People Management magazine found that more than half of employers expected to furlough staff using the government’s scheme. A quarter said they expected to cut jobs permanently, with one in 10 expecting to lose between 11 and 49 per cent of employees.

No evidence potency of coronavirus changing, says WHO 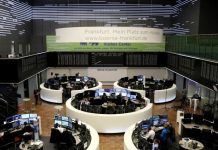