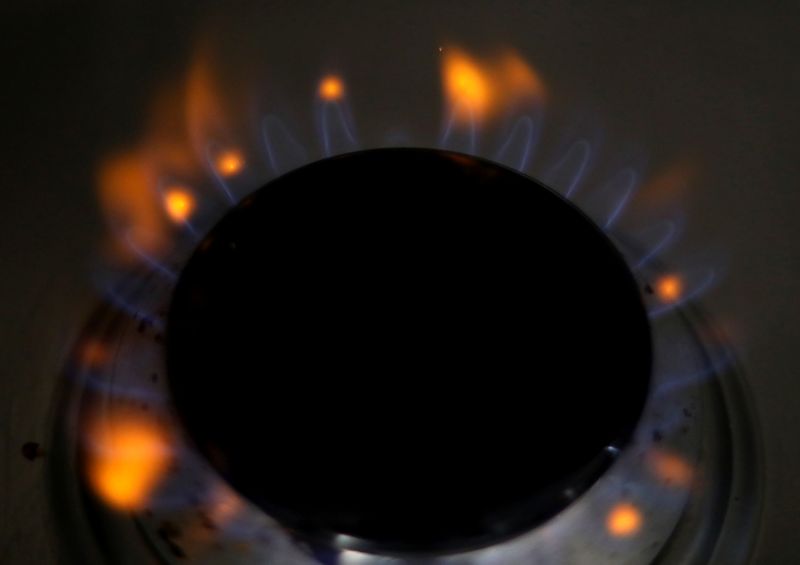 © Reuters. Flames come out of a domestic gas ring on a stove in Manchester, Britain, September 18, 2021. REUTERS/Phil Noble

LONDON (Reuters) -Britain said on Saturday it would work with the energy industry to try to stem the fallout from soaring gas prices after fears grew that more energy providers and food producers would struggle to operate with such high costs.

Business minister Kwasi Kwarteng said he had been reassured that the security of gas supply was not a cause for immediate concern but he would work with providers to “manage the wider implications of the global gas price increase”.

Kwarteng held emergency talks with executives from National Grid (LON:), Centrica (LON:), EDF (PA:) and the regulator Ofgem on Saturday and is due to hold further discussions with industry figures on Sunday and Monday.

A jump in gas prices has already forced several domestic energy suppliers out of business and has shut fertiliser plants that also produce carbon dioxide, used to stun animals before slaughter and prolong the shelf-life of food.

Consumer groups and opposition politicians have warned that some customers and businesses will struggle to pay higher bills. The BBC reported that at least four small British energy companies were expected to go bust next week.

The Business department said the pressures facing companies was discussed during the meeting. Kwarteng said no customer would go without gas or electricity because an alternative supplier would be found if one went bust.

“Protecting customers during a time of heightened global gas prices is an absolute priority,” he said on Twitter (NYSE:).

The impact was immediately felt in the UK food sector where the shortage of CO2, also used in beer, cider and soft drinks, compounded an acute shortage of truck drivers, which has been blamed on the impact of COVID-19 and Brexit.

Nick Allen of the British Meat Processors Association said on Saturday the pig sector was two weeks away from hitting the buffers, while the British Poultry Council said its members were on a “knife-edge” as suppliers could only guarantee deliveries up to 24-hours in advance.

“Doing nothing is not an option,” Allen told Reuters, adding that given the exceptional circumstances, the government needed to either subsidise the power supply to maintain fertiliser production or source CO2 from elsewhere.

Dermot Nolan, former head of Ofgem, told the BBC he expected prices to stay high for up to four months and it was not clear what the government could do to affect market rates – meaning they will remain a focal point in the run-up to the COP26 climate conference in Scotland in November, where governments will seek to agree new rules to suppress emissions.

See also  Should we end the tax deductibility of business interest payments?
Disclaimer: Fusion Media would like to remind you that the data contained in this website is not necessarily real-time nor accurate. All CFDs (stocks, indexes, futures) and Forex prices are not provided by exchanges but rather by market makers, and so prices may not be accurate and may differ from the actual market price, meaning prices are indicative and not appropriate for trading purposes. Therefore Fusion Media doesn`t bear any responsibility for any trading losses you might incur as a result of using this data. 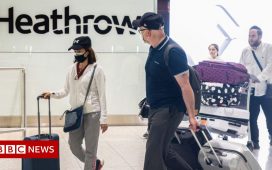