More than 650 homes in a small village near Newcastle will this year become the first on the UK’s public gas grid to be heated partially by hydrogen, as energy companies test ways to slash emissions from one of the most polluting parts of the economy.

Up to 20 per cent hydrogen will be blended into the natural gas network that serves the village of Winlaton in Gateshead towards the end of the first quarter of 2021.

It will mark a key milestone in tests to see if hydrogen — which does not emit carbon dioxide when burnt — could help reduce the climate impact of buildings in the UK, which were last year the third biggest emitters of greenhouse gas emissions, behind industry and surface transport. Currently about 85 per cent of homes and 63 per cent of public and commercial properties are heated with polluting natural gas.

Energy companies such as Northern Gas Networks and Cadent — which own local gas infrastructure in Britain — have been researching whether gas could be replaced with hydrogen to help the UK meet its legally binding 2050 net zero emissions target.

UK ministers in December set out plans to effectively ban the installation of new gas boilers in properties “by the mid-2030s” and replace them with low carbon heating systems such as electric heat pumps or hydrogen appliances.

Several hydrogen trials are already under way in the UK but they are in properties that are either uninhabited or on a closed private network. A small number of purpose-built, uninhabited houses on a secluded RAF base in Cumbria are being heated on 100 per hydrogen, while 20 per cent hydrogen has been blended into the enclosed private gas network at Keele University in Staffordshire.

Tim Harwood, who oversees hydrogen projects at Northern Gas Networks — whose infrastructure covers Winlaton — said the Gateshead experiment was the next key stage before public trials could begin using 100 per cent hydrogen heating. Another gas network, SGN, recently secured funding from the energy regulator Ofgem that would allow it to proceed with a trial in 2022 to heat homes in Levenmouth in Fife, Scotland, with 100 per cent hydrogen, while Northern Gas Networks is planning a similar project.

In Winlaton, all appliances will remain the same and have been checked by engineers but a switchover to 100 per cent hydrogen will require new boilers.

“The hydrogen blend is sort of a stepping stone towards a 100 per cent world and it will teach us a lot about how we need to do things and also helping the public acceptance as well,” Mr Harwood said.

UK homes used to be served partially by hydrogen, a key component in town gas, which was used before a big conversion programme to natural gas in the 1960s and 1970s. Today companies are hoping to use low carbon hydrogen — produced either through the electrolysis of water using renewable power or by capturing and storing emissions when it is produced from natural gas.

However, some organisations and academics, such as Richard Lowes of Exeter university, believe low carbon hydrogen will probably have only “niche” uses, while companies such as Iberdrola of Spain — which owns Scottish Power in the UK — believe it should be prioritised for industry, which has few other options to slash emissions. 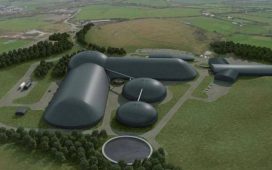 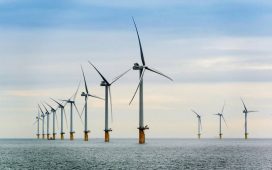