Britain’s financial services minister has said he is “sympathetic” to calls for tech companies to be held responsible for tackling the “explosion” in fraudulent online advertisements in forthcoming legislation.

John Glen, the economic secretary to the Treasury, told the House of Commons Treasury select committee, that online scams had become a “massive problem” in recent months.

“The big elephant in the room really is online fraud,” he said.

An estimated seven out of 10 “authorised” frauds — where the victim has unwittingly agreed to a scam — begin online, according to trade body UK Finance.

The Online Safety Bill, which was in the Queen’s Speech in May, includes an attempt to tackle “user-generated” fraud — where a member of an online forum persuades others to invest in a scam. In those circumstances tech companies will have to take reasonable steps to remove such posts.

But there is no provision in the draft law to force tech companies to tackle online advertisements set up by fraudsters.

Instead financial regulators — on being made aware of a fake advert or cloned website — must request that tech companies remove it, leading to a perpetual cat-and-mouse game between the two sides.

The Financial Conduct Authority, the financial services regulator, has urged the government to extend the legislation to cover paid-for advertising online.

“We are very sympathetic to that,” Glen told MPs on the committee on Monday. “This is a massive problem. This is a significant opportunity, in the absence of a better solution.”

Glen said the Treasury was working with the Department for Digital, Culture, Media & Sport to find a solution. “There is a legislative opportunity . . . what we can’t have is something that purports to solve it, but there are gaps.”

Glen said that DCMS was planning to use its “online advertising programme” to deal with some of those risks.

But he said the FCA was concerned because it remained liable for “absolutely everything” in terms of financial fraud.

“When I think about online fraud, there are responsibilities for those who conduct payments,” Glen said. “Consumers . . . want to see prevention, and part of that is removing bad actors from advertising things that shouldn’t be there.”

Earlier this year, Google agreed to reimburse the FCA £600,000 to cover the cost of an online ad campaign the watchdog took out alerting consumers to the dangers of fake ads promoting online investments. 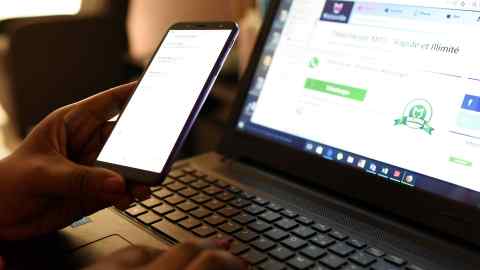 Criminals have long used the faces of famous people to legitimise financial scams, luring victims into fraudulent schemes — yet regulators are unable to punish the big tech platforms that get paid to publish the adverts.

Martin Lewis, founder of Money Saving Expert, has lobbied the prime minister directly on the issue, which he said had reached “epidemic” proportions. This month, Lewis, Virgin founder Sir Richard Branson and Deborah Meaden, star of the TV show Dragons’ Den, were among the celebrities who signed an open letter to the government urging it to clamp down on the fraudulent use of their identities in advertisements.

He said the government had been right to bring user-generated content fraud into the online safety bill. 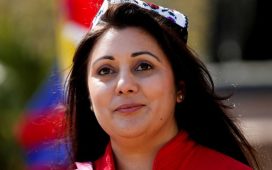