People in the UK will begin to be vaccinated with the Oxford University/AstraZeneca on Monday, after the prime minister expressed hope that the pace could be ramped up to protect tens of millions of people from Covid-19 within the next few months.

In England the first doses would be administered in a small number of hospitals for surveillance purposes, said the NHS: in Oxford, where the vaccine was invented, London, Sussex, Lancashire and Warwickshire.

Once it is certain there are no hitches, the jab will be shipped within days to GP-led centres in the community. There are 730 vaccination centres at the moment, with a further 180 and 100 more hospital sites scheduled to open this week.

The first priority is to immunise care home residents. Although the UK government’s advisory Joint Committee on Vaccination and Immunisation (JCVI) recognised this group as the most vulnerable to Covid, the need to store the Pfizer/BioNTech vaccine at -70C in the long term has meant supplies have not been taken into most care homes. GPs are now being offered £10 for every care home resident they vaccinate by the end of January.

Boris Johnson said he could not yet say how fast the vaccination programme would be scaled up to the 2 million jabs a week he hoped for.

“I wish I could give you here and now any sort of elaboration on the figures you have already heard about how we hope to get up to 2 million a week and so on,” he told BBC One’s The Andrew Marr Show on Sunday. “I can’t give you that yet. What I can tell you is that … we do hope that we will be able to do tens of millions in the course of the next three months.”

READ  Vitamin deficiency symptoms: Three signs you may lack vitamins including B12 and D

The NHS has 530,000 doses of AstraZeneca vaccine that have been approved and are ready for use. Sir John Bell of Oxford University, the government’s life sciences champion, told Times Radio that AstraZeneca would be delivering a further 450,000 doses on Monday. Under the approval process used to fast track the vaccine by the Medicines and Healthcare products Regulatory Agency, every batch has to go through quality certification.

Johnson told Marr there were “a few millions more Pfizer [vaccine doses] still to be used. We are rolling them out as fast as we can.” Distribution was not causing delays, he said. Asked about reports of potential volunteers being deterred by the need for additional training and forms about “deradicalisation measures” and “fire drills”, Johnson said: “I think it’s absurd and I know that the health secretary is taking steps to get rid of that pointless bureaucracy.”

Last week, the UK’s chief medical officers warned there could be shortages ahead in Britain because of global vaccine demand. They backed the recommendation by the JCVI to delay the second shot from three or four weeks to 12 weeks so that as many people as possible could be given some protection with the doses the NHS will have.

“Currently the main barrier to this is vaccine availability, a global issue, and this will remain the case for several months and, importantly, through the critical winter period,” said a joint letter signed by the chief medical officers for England, Scotland, Wales and Northern Ireland. “Vaccine shortage is a reality that cannot be wished away.”

In a press conference last week, the deputy chief medical officer for England, Jonathan Van-Tam, said efforts to produce the vaccine could be made harder by a shortage of “fill and finish” materials needed to speed up the rollout across the country, such as glass vials.

Matt Hancock, the health secretary, said the first Oxford/AstraZeneca vaccinations marked “a pivotal moment in our fight against this awful virus and I hope it provides renewed hope to everybody that the end of this pandemic is in sight”.

But, he said, while the most vulnerable were being immunised, “I urge everybody to continue following the restrictions so we can keep cases down and protect our loved ones.”

Boots and Tesco have offered to help with the vaccination programme. Tesco has offered the services of its distribution arm, which could include the use of refrigerated lorries and warehouses to move supplies.

Boots is opening three Covid vaccination sites, in Halifax, Huddersfield and Gloucester, set up with local clinical commissioning groups. They will accept people for immunisation this month and more could be on the way.

A spokesperson said the pharmacy chain “has extensive knowledge and experience of mass vaccination (having completed over a million flu vaccinations last year, for example) … We stand ready to do much more and our national network of pharmacy expertise is prepped to support the NHS and the government to accelerate the rollout of the vaccine.”

Bell told Times Radio that variants of the Sars-Cov-2 virus, which causes Covid, could potentially affect the efficacy of vaccines. He said he thought the variant that emerged in Kent was unlikely to cause a problem, but that he was not sure about one identified in South Africa.

READ  Mental health is a care we must share | Peter Fonagy

“We know it is a game of cat and mouse, because these are not the only two variants we are going to see,” he said. 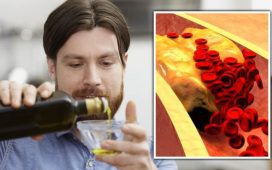 High cholesterol: The best type of cooking oil to keep your cholesterol levels in check 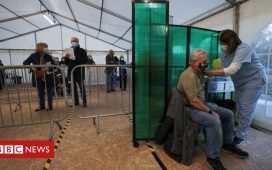 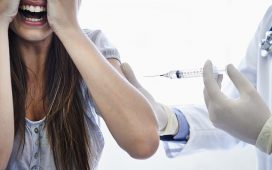 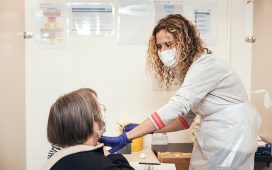 DR ELLIE CANNON: What it's like helping Britain to jab its way to freedom 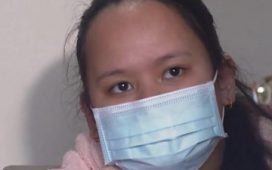 'I couldn't breathe': The 26-year-old with Covid