The UK will approve the Oxford university/AstraZeneca coronavirus vaccine in the coming days, with the number of people being vaccinated expected to increase significantly from the first week of January.

The Oxford/AstraZeneca vaccine is seen as game-changing within Whitehall, as its cheapness and ease of storage will allow the government to vaccinate more quickly. The BioNTech/Pfizer vaccine, which was approved earlier this month, must be kept at minus 70C and can be moved only four times within a cold chain before being used.

More than 600,000 people have already been vaccinated in the UK, according to data released on Thursday. But the approval of the second vaccine is critical for meeting the government’s target of vaccinating the most vulnerable parts of the population by spring.

Government officials confirmed on Sunday that the Medicines and Healthcare products Regulatory Agency would imminently approve the Oxford vaccine, adding that the announcement could come as soon as Tuesday.

AstraZeneca declined to comment. The department for health said: “The medicines regulator is reviewing the final data from the University of Oxford/AstraZeneca phase 3 clinical trials to determine whether the vaccine meets their strict standards of quality, safety and effectiveness.”

It is unknown what dosage of the vaccine will be approved. Scientists have criticised Oxford university and AstraZeneca over how they disclosed data relating to the trials of the vaccine, accusing them of omitting important details.

The efficacy rates were later confirmed via peer review in medical journal The Lancet. Oxford university and AstraZeneca have also defended the trials.

Moncef Slaoui, the head of US Operation Warp Speed, the US government programme for vaccine development, said the difference in efficacy figures may not be statistically significant.

US and EU regulators have said any vaccine with an efficacy higher than 50 per cent is likely to get approval, but with competitors having rates of more than 90 per cent, there are fears that the lower effectiveness could dissuade vaccine sceptics from getting immunised.

Some involved in the process believe that the MHRA could approve a single shot of the AstraZeneca/Oxford vaccine in an effort to create some initial immunity among the population. This plan was proposed by Tony Blair, the former UK prime minister, last week.

In an article in the Independent, Mr Blair argued that even the first dose would “provide substantial immunity, with full effectiveness coming with a second dose two to three months later — longer than originally thought”.

If this interval between doses is confirmed by the MHRA this week, it could pave the way to a faster rollout in the knowledge that more doses could be manufactured in time to maintain the vaccination schedule, with no need to hold back part of the initial supply.

Pascal Soriot, chief executive of AstraZeneca, said on Sunday that new data stated their vaccine was as effective as BioNTech/Pfizer’s jabs. “We think we have figured out the winning formula and how to get efficacy that, after two doses, is up there with everybody else,” he told the Sunday Times.

The Oxford vaccine was designed with access in mind. AstraZeneca has pledged to sell it at cost to developing nations in perpetuity. Its ease of storage, with a long-term shelf life protected at conventional fridge temperatures, has galvanised hopes that it can be used by much of the developing world. 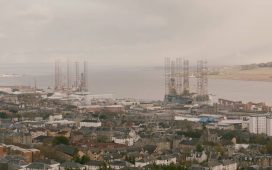 Scotland faces up to life after oil 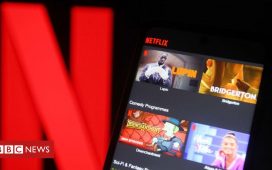