The UK is likely to miss its target of spending 2.4 per cent of gross domestic product on research and development by 2027, analysts have warned, as funding cuts cast doubt on a key pillar of the government’s strategy to rebuild the post-pandemic economy.

A study published by the Higher Education Policy Institute on Monday showed that governments consistently fail to hit R&D targets linked to GDP and suggested economic uncertainty and progress so far showed the UK was on course to do the same.

The warning comes as UK Research and Innovation, which oversees government research funding, informed universities that cuts to overseas development funding meant its budget for international development research would decrease to £125m, “leaving a £120m gap between allocations and commitments”.

It casts doubt on the government’s ability to make good on promises to increase UK R&D investment from 1.71 per cent of GDP in 2020 to 2.4 per cent by 2027, bringing it in line with the current OECD average.

The government has pledged that meeting the goal will be essential in boosting productivity, cutting emissions and improving public services.

Carvalho wrote for Hepi that governments often failed because long-term goals were “unrealistic”, but ultimately a lack of investment in “economic essentials” such as skilled researchers, business incentives and infrastructure was to blame.

“The problem lies in the commitment of governments, not in the importance and usefulness of the indicator,” he said.

Nick Hillman, director of Hepi, said the UK had made limited progress towards the target and economic uncertainty meant it was “highly likely to be missed.”

“Pretty much everybody in the sector talks as if 2.4 per cent is a done deal . . . it’s a very naive assumption,” he said. “With every passing week or month it gets more challenging and at the moment we’re veering off the trajectory.”

In a letter to UK universities published on Thursday, UKRI international champion Christopher Smith said the government’s decision to cut overseas aid spending from 0.7 per cent to 0.5 per cent of GDP would have a “significant impact”, including the termination and reduction of grants.

Julia Buckingham, the president of Universities UK, which represents the sector, said the cut would reduce the country’s ability to collaborate with international partners. “This decision runs counter to the government’s stated commitment to increase investment in R&D to position the UK as a scientific superpower,” she said.

Buckingham added: “We now need the UK government to reaffirm its commitment to grow investment in R&D to 2.4 per cent of GDP by 2027.”

The business and industrial strategy department said the government was investing £14.6bn in R&D in the new financial year starting next month “to drive towards our commitment to spend 2.4 per cent of GDP on it by 2027”.

However, it did not comment on whether the UK was on target to achieve the goal. 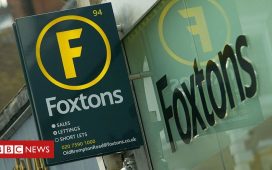 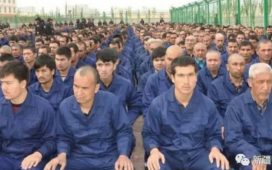