Buckingham Palace is belt-tightening after a projected £35m double-whammy financial blow due to Covid-19, as royal accounts reveal the Sussexes’ flights to southern Africa cost nearly £250,000 and Prince Andrew took a £16,000 charter to a Northern Ireland golf tournament.

The palace also confirmed that the Duke and Duchess of Sussex have made a “substantial contribution” for an undisclosed amount to the sovereign grant for Frogmore Cottage, their private Windsor residence refurbished with £2.4m in public money before the couple relocated to Los Angeles.

The one-off payment for a number of years’ rental is set at a commercial rate and takes into account the property’s enhanced value as a result of the refurbishment. A senior palace source indicated the private rental agreement would cover the £2.4m the couple agreed to repay to the sovereign grant. They want to retain the residence, and will be expected to make further rental payments in future years.

Falling visitor numbers to royal residences will see the Queen lose around £5m each year for at least the next three years, said Sir Michael Stevens, keeper of the privy purse.

In addition, the Crown Estate, from the profits of which the grant is drawn, has warned profits are expected to be hit. This will see a £20m shortfall in the £369m of public money agreed in 2016 for the 10-year refurbishment programme at Buckingham Palace.

Stevens added: “In responding to both these financial challenges, we have no intention of asking for extra funding and will look to manage the impact through our own efforts and efficiencies.”

Buckingham Palace also confirmed that the Duke and Duchess of Sussex have made a ‘substantial contribution’ for an undisclosed amount to the sovereign grant to cover £2.4m refurbishment costs. Photograph: Steve Parsons/PA

The Sussexes chalked up the highest royal travel bill with their controversial tour of southern Africa, during which Harry attacked the tabloid press and Meghan launched legal action against a newspaper. Undertaken three months before they quit royal duties, it cost £245,643 in chartered and scheduled flights.

The second most expensive was Prince Charles’s last-minute £210,345 chartered flight to Oman to pay condolences on the death of Sultan Haitham bin Tariq Al Said.

Prince Andrew, once known as “Air Miles Andy”, eschewed scheduled flights to take a £16,000 charter to attend the Open golf championships in Portrush, Northern Ireland, before he was forced to stand down from royal duties over his disastrous Newsnight interview about disgraced financier Jeffrey Epstein. A source said he attended as patron of the golf club, and a charter flight was “the only way to get him to complete his engagements”.

The royal train, mile-for-mile the most expensive form of transport, made only three outings in 2019-20, two of them for Prince Charles, who ran up a £20,822 bill for a return journey from Kemble, near his Gloucestershire home, to Carlisle. A senior aide said it provided an “effective and efficient” mode of transport, and reduced security costs for engagements.

Graham Smith of the campaign group Republic said: “These figures don’t disclose the daily abuse of money on shorter trips around the country, taking helicopters when they could go by car, driving when they could go by train. The figures also ignore security, revenue lost from the two Duchies, costs met by local councils and much more. Add those figures in and £345m is much closer to the truth.”

The accounts reflect royal duties pre-pandemic. With financial challenges ahead measures already underway at Buckingham Palace include a recruitment freeze, a pay freeze, and pressure to cut non-essential expenditure. Less out-and-about engagements due to Covid, and more digital interaction, would also help.

The Queen will receive £86.3m from the taxpayer-funded sovereign grant next year for both official duties and palace refurbishment. Though Crown Estate profits are expected to be lower, she will receive the same in 2022-23, as under the 2012 funding formula, the amount can never go down.

She supplements the sovereign grant with income from the Royal Collection Trust (RCT) through visitors to occupied royal palaces, but faces a £15m shortfall over the next three years. “We are expecting a significant reduction in income from the RCT due to the impact that Covid-19 has had on their visitor numbers,” a senior source said.

Prince Charles is also likely to be affected as his income is drawn from the Duchy of Cornwall, which paid him £22m in 2019-20. A senior Clarence House source said: “It is impossible to predict at this stage, other than to say, as the Duchy announced a little while ago, they are predicting a decrease [in profits] for next year as so many organisation are.”

The prince, it emerged, has taken to popping up “in all sorts of slightly unexpected places”, to the consternation of staff, “in a hunt for plastic” that could be removed, an aide said.

The new digital way of working, due to coronavirus, means Charles, famed for his handwritten “black spider memos” now possesses a tablet, though still no mobile phone. But paper will not be entirely eliminated from Clarence House. “The prince is also a great believer in the power of letter-writing,” said the aide, “so I don’t think we will see a complete shift from one to another”. 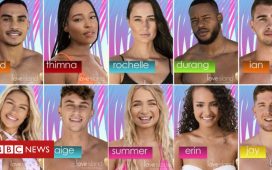