Plans to significantly open up international travel are expected to be announced on Wednesday, with UK ministers poised to let people who have been fully vaccinated in the US and EU avoid quarantine if arriving from amber list countries.

The move would benefit millions of people by finally letting them be reunited with family and friends based in the UK, as well as businesses in the aviation and tourism sectors that have been hit hard by the pandemic.

Currently, only those who have been inoculated by the NHS are eligible for a “Covid pass” to show upon return that would allow them to skip the self-isolation period of up to 10 days if coming from an amber list country, under the rules of the traffic light system that grades countries according to their case, variant and vaccination rates.

Last week it was confirmed by the vaccines minister, Nadhim Zahawi, that those who had been jabbed abroad but were still registered with a GP in the UK would from August be able to have those doses recognised.

But the move came under criticism from Britons living abroad, who said it benefited a tiny number of people given the NHS is a residency-based system and so British citizens who have moved overseas would still be largely locked out.

The Guardian understands that senior ministers will gather for a meeting of the Covid operations committee on Wednesday morning to sign off plans to start treating Britons who have been fully vaccinated in the US and EU the same as UK residents.

US citizens who have a vaccine card proving they have been fully vaccinated and EU citizens who use the bloc’s “green pass” to demonstrate inoculation are also expected to have their documents recognised, as long as the vaccines they received were authorised for use in the UK.

Government sources stressed the change was not guaranteed and subject to a final agreement at the meeting, with conversations also taking place during the day between Whitehall and the devolved administrations about whether it would apply to England only or all four UK nations.

A significant number of European countries allow in Britons who have been fully vaccinated and Brussels’ advice to member states is to accept the NHS app, but the US bars anyone who has been in the UK in the past 14 days from entering the country.

The prime minister, Boris Johnson, and the US president, Joe Biden, announced at the G7 summit in Cornwall last month they would set up a taskforce to re-establish international travel links between both countries.

But hopes of a breakthrough were shattered when the White House press secretary, Jen Psaki, said this week that the US would not lift the existing restrictions it places on British nationals owing to the prevalence of the Delta variant.

The US is on the UK’s amber list, meaning all travellers from the country must isolate for 10 days, though they can be released under the “test to release” system after day five. Under the changes hoped to come into force from August, Britons or American citizens who have been fully vaccinated in the US will no longer need to isolate as long as they test negative before departure and after arrival.

While likely to be welcomed by many, the move was expected to happen some time over the summer, given a review of the UK’s Covid rules on international travel was due to take place before 31 July.

Further changes to the red, amber and green lists are not expected to be made until next Thursday, with particular attention focused on France.

Ministers decided with only a few days’ notice that all those returning home from France who were fully vaccinated would not be exempt from self-isolating, due to the prevalence of the Beta variant.

Some government figures are optimistic the specific category France has been placed in, known as “amber plus”, will be scrapped from 9 August, given the number of Beta cases there is not as high as first thought.

The move caused a significant split among some cabinet ministers, given the Joint Biosecurity Centre had initially advised France be put on the red list – a significant step that would have meant only British residents and nationals being allowed to travel home across the Channel.

The Guardian also understands that ministers will discuss adding Spain to the amber plus list. 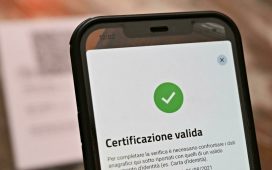 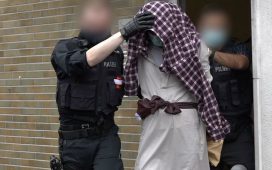