The UK is poised to strike a deal to keep open a coal-fired power station that was set to close as the government rushes to strengthen its domestic energy security.

Ministers and EDF are expected to finalise plans this week to extend the life of the West Burton A power station in Nottinghamshire, which is run by the French energy company, from October to March.

The government would have a standby arrangement with EDF for the plant to remain available for back-up generation, providing enough power for about 1.5mn homes.

The deal was set to be signed last week but EDF is still negotiating the price with the government, energy regulator Ofgem and National Grid’s Electricity System Operator over how much the company would be paid.

Industry experts say the cost is likely to be tens of millions of pounds, with this being levied on consumers’ energy bills.

If finalised, the agreement will prompt a backlash from environmental groups which fear the government is set to backtrack on its net zero 2050 pledge. But the government insists that it will still close all coal-fired power stations by 2024 despite the temporary extension.

The West Burton A Power station was opened in 1966 and was due to close last year but has already had its life extended until September.

EDF will also need to import coal from South Africa, Australia or Kentucky — rather than Russia, from where it drew resources historically.

EDF said was is “working hard to finalise an agreement with National Grid ESO to support the government’s request to keep West Burton A power station available over next winter.” 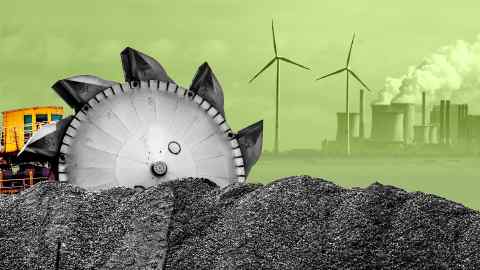 The government is also in discussions with Drax about reopening its coal plant in Yorkshire, as well as part of Uniper’s Ratcliffe-on-Soar coal plant in Nottinghamshire, both of which were due to close in September.

The rest of the Uniper plant will run until 2024, when all coal generation will cease. The units could generate electricity for about 4mn homes when running at full capacity.

Uniper and Drax confirmed they had been asked by the government to explore the option of keeping plants open and that discussions were continuing.

Coal is the most polluting form of power generation and was Britain’s biggest source of electricity in 2013 but provided only 2 per cent of the mix last year. Gas now provides the biggest share of electricity supplies, with only three power stations still burning coal in Britain.

The government said: “While it remains our firm commitment to end the use of coal power by October 2024, this is a welcome step in further boosting our energy security and domestic supply in light of Russia’s illegal invasion of Ukraine.”

National Grid ESO said it was “in discussions with a number of generators, however we cannot provide any further detail at this stage”.