The UK is headed for its biggest Black Friday sales day with data suggesting shoppers had already spent over a fifth more than last year by mid-morning and 5.4% more than in 2019.

Payments via Barclaycard, one of the UK’s biggest debit and credit card issuers, were up 21.4% between midnight and 9am compared with the same period in 2020, when most of the UK high street was in lockdown.

Nationwide said its customers had made 1.3m purchases by 9am, 24% up on last year. Mark Nalder, head of payments at the building society, said: “We expect the day to get even busier as typically the busiest shopping periods are at lunchtime and into the early evening when people have finished work.”

The figures show the UK is on track for shoppers to spend almost £9.2bn this weekend – 15% more than in 2020 – as predicted by analysts at GlobalData for the VoucherCodes Shopping for Christmas report.

The surge in sales comes despite disquiet about the spending spree, with Amazon’s largest UK warehouse blockaded by climate activists targeting the global online retailer’s busiest day of the year.

About 20 activists from Extinction Rebellion stopped lorries from entering the firm’s Scottish distribution centre in Dunfermline, Fife, from 4am. The group said it was also protesting at sites in England, at Doncaster, Darlington, Newcastle, Manchester, Peterborough, Derby, Coventry, Rugeley, Dartford, Bristol, Tilbury and Milton Keynes.

An XR spokesperson said: “The action is intended to draw attention to Amazon’s exploitative and environmentally destructive business practices, disregard for workers’ rights in the name of company profits, as well as the wastefulness of Black Friday.”

Many small stores are expected to boycott the day or offer alternatives such as “colour Friday” which aims to highlight the alternative creative ideas that local independent shops can bring. Some major high street names including Marks & Spencer and Next ignore the event while others offer greener alternatives, with Ikea, for example, offering 20% extra in refunds on old furniture items brought back for resale.

Retailers, including specialist AO.com, have warned that Black Friday sales could be hit by potential product shortages, particularly on electrical and electronic items, because of limited supplies of microchips, factory stoppages in the Asia-Pacific region caused by the pandemic and problems with international shipping. John Lewis also said some tech suppliers were finding it difficult to keep up with demand.

But major retailers including John Lewis, Asda and Currys have said they will offer more deals as a battle rages for custom with shoppers buying presents earlier than in previous years. 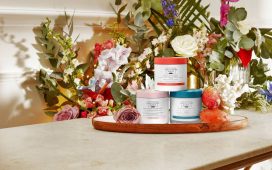 How to keep your mobile bills down at home and abroad