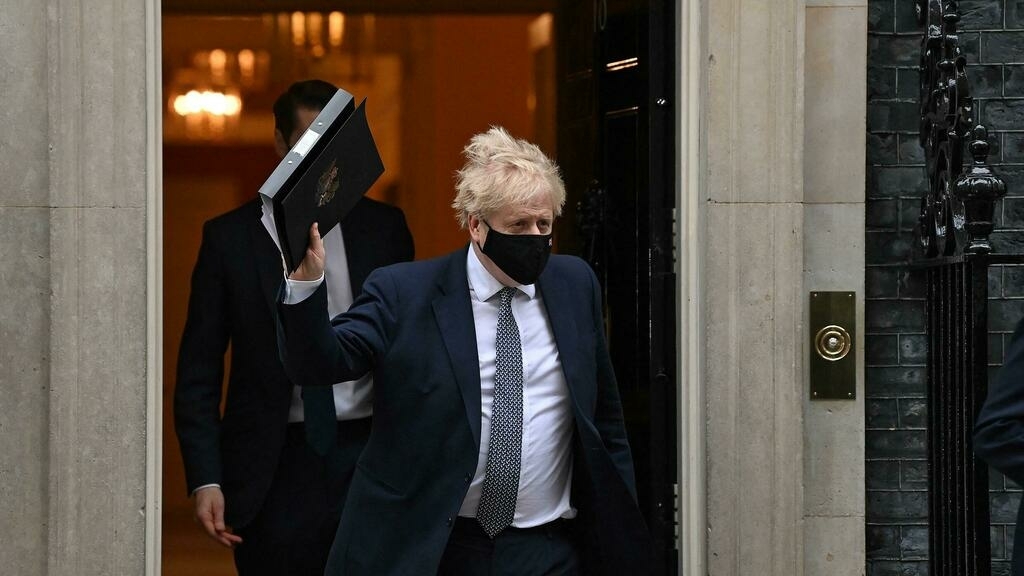 The “partygate” scandal engulfing Boris Johnson has piqued public outrage that the prime minister was not playing by the rules he set for everyone else.

Here are some of the main allegations against him:

Johnson is pictured with wine and cheese alongside his now-wife Carrie and some 20 staff in the Downing Street garden, a leaked photo in The Guardian suggests.

Johnson insists it was a work event.

PM’s spokesman says this pic shows a “work meeting” in “normal post-work hours” in May 2020. He says Carrie Johnson was there because it’s “her garden” but he “won’t get into” her level of security clearance. pic.twitter.com/ATO9SJX3SS

Johnson’s senior aide Martin Reynolds invites staff “to make the most of the lovely weather and have some socially distanced drinks in the No10 garden this evening”.

ITV News, which obtained the emailed invitation, said 40 staff ended up in the garden that evening, eating picnic food and drinking.

Johnson and Carrie both attended, according to several reports, despite some staffers expressing qualms that the gathering breached lockdown rules.

The prime minister later “categorically” denied knowing about the event beforehand or receiving warnings it breached the rules he set for the public.

Up to 30 staff are said to have attended a party at Downing Street for Johnson’s 56th birthday, at a time when social gatherings were only permitted between six people outside.

He is said to have been presented with a Union Jack cake and staff sang “happy birthday” at a party lasting half an hour. Downing Street has insisted the prime minister attended for less than 10 minutes.

It also denied a second claim Johnson and family friends held a separate party inside his flat that evening.

Controversial adviser Dominic Cummings is fired. He alleges that a raucous party took place that night in the prime minister’s Downing Street apartment.

England was then in a second lockdown, and such indoor gatherings were forbidden.

Johnson gives a speech at Downing Street drinks held for the departure of another aide. The Daily Mirror reported that up to 50 people were crammed into a room.

Plates of buffet food and drinks were on offer in a photograph revealed by The Times newspaper showing Conservative staff in festive mood at party headquarters.

The party says the gathering was “unauthorised” and disciplined some of those present.

At the time, London was in a regional “tier” of restrictions that had replaced the November lockdown, which banned indoor socialising between households.

Johnson was photographed sitting between two staffers at a Number 10 Christmas Zoom quiz. He insists it was a work gathering.

A social event is alleged to have taken place attended by staff in the Cabinet Office.

Senior civil servant Simon Case, who was initially tasked with investigating other party claims, stepped down over claims that his staff had broken the rules on indoor social mixing.

It was later reported that another event took place in the department on the same day to mark the departure of Kate Josephs, the former head of the Covid taskforce, for which she later apologised.

Another party was held in Downing Street, according to the Daily Mirror, prompting further government denials.

But a video then obtained by ITV News showed Johnson’s then-press secretary Allegra Stratton joking about the event at a mock news conference.

No 10 has spent the past week denying any rules were broken. This new evidence calls that into question. pic.twitter.com/nKYK0tG0dQ


She later resigned, in a tearful public statement.

Two “boozy” leaving events took place the night before the funeral for Prince Philip, the Queen’s husband, while the country was in a period of official mourning, The Daily Telegraph reported.

Johnson was not believed to have been present at the events, at which alcohol was smuggled into Downing Street in a suitcase.

But his former director of communications James Slack — one of those leaving — apologised for the “anger and hurt” caused.