THE mutant strain of coronavirus that’s spreading like wildfire in the UK has made its way to Australia, where a quarantine hotel cleaner has tested positive of the highly contagious strain.

The infection, which was confirmed by the Queensland Government, confirms experts’ fears that a breach in the hotel quarantine system would see the variant leak into the community.

The diagnosis marked the first time in 113 days that anyone in Queensland had contracted the illness locally. All other positive diagnoses had occurred in travellers in hotel quarantine.

The woman, who was in her 20s and lived in Algester, in the south of the capital, got tested after developing symptoms yesterday.

She had worked one shift as a casual cleaner at the Hotel Grand Chancellor, in Brisbane’s CBD on January 2, and had taken trains to and from work.

Health authorities believe she has been infectious since the 2nd therefore had been out in the community, while infected, for four days.

Officials were urgently trying to trace the cleaner’s contacts to trace any potential spread.

The leak had prompted aged care homes and hospitals to be plunged into a strict lockdown.

Queensland’s Chief Health Officer Jeanette Young had urged anyone in Sunnybank Hills, Calamvale and Algester to get tested if they had symptoms.

“We’re taking a very cautious approach with this case, now that we know for sure this person has the UK variant of the virus,” she said.

“Evidence shows that this variant is 70 percent more infectious than other strains.

“This is why I’m taking this firm action swiftly, to protect our most vulnerable facilities.’

The worrying news came just hours after an elderly woman in Western Australia was also confirmed to have the new ‘mutant’ strain.

The patient, who had recently returned from the UK, was now in the Royal Perth Hospital. She was at the centre of three Personal Protective Equipment (PPE) protocol breaches by an airport worker, a nurse and a paramedic.

However, the WA Government had moved to reassure the community that the incidents don’t pose a threat to public safety.

Scientists believed the new mutated UK strain was ­between 50 per cent and 74 per cent more infectious than the original virus.

There had been a dramatic spike in UK cases since the variant appeared; official data shows one in 50 people in England currently have the killer virus.

Infections reached a record 62,000 new daily cases on Wednesday, a little less than two days after the nation’s prime minister Boris Johnson said he had ‘no choice’ but to impose a brutal third national lockdown.

Western Australia’s Premier Mark McGowan said he was “extremely disappointed” to hear of the breaches.

“Clearly there is complacency and mistakes are creeping in.”

Zero new cases had been recorded in both states, from a combined total of around 65,000 tests in yesterday’s reporting period.

STRONG ARM OF THE LAW

Cops WILL move you on if you relax on a park bench, Priti Patel warns

Australia – with a population of around 25 million – has agreed to buy almost 54 million doses of the Oxford vaccine, with 3.8 million to be delivered early this year.

Australia has largely eliminated community transmission but is currently battling to contain small clusters of the disease in the country’s biggest cities, Sydney and Melbourne. 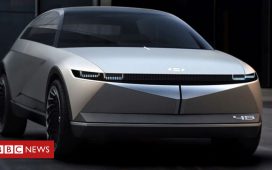 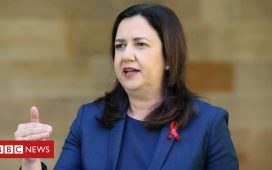