The UK must accept US food standards as part of any future trade deal with Washington, the head of America’s farming lobby has said.

Zippy Duvall, head of the American Farm Bureau, said US farmers were keen to trade with their British “friends”.

But he said fears over practices such as washing chicken in chlorine and using genetically modified (GM) crops were not “science-based”.

The US has said the UK will be “first in line” for a trade deal after Brexit.

But some fear the UK will have to compromise on standards currently enshrined in EU law in order to secure a deal with Washington.

Mr Duvall, himself a poultry farmer in Georgia, said he wanted to have “a conversation” about US food standards given the fears in the UK.

One of the most controversial practices is washing chicken with chlorine to kill germs, which is banned in the EU. This is not because the wash itself is harmful but over fears that treating meat with chlorine at the end allows poorer hygiene elsewhere in the production process.

“You know, here in America we treat our water with chlorine,” Mr Duvall told the BBC’s Today programme.

“So there is no scientific basis that says that washing poultry with a chlorine wash just to be safe of whatever pathogens might be on that chicken as it was prepared for the market, should be taken away.

“If there was something wrong with it our federal inspection systems would not be allowing us to use that,” he added.

In London this week, Donald Trump’s national security advisor John Bolton suggested that the US could strike trade deals with the UK after Brexit on a “sector-by -sector basis”, to speed up the process.

But asked whether he could envisage a trade deal with the UK that did not include agriculture, Mr Duvall said it would be seen as a betrayal by US farmers.

“To have a trade treaty and not discuss agriculture would be turning your back on rural America and that’s where a big part of our population lives.”

He also dismissed concerns that a deal would expose British farmers to harmful competition from much larger US farms with lower production costs.

Mr Duvall said the British public should have the right to buy potentially cheaper US produce if they wanted to.

“A lot of our farmers don’t understand why other countries implement tariffs on our products but then they don’t want us to implement any tariffs on our end, so we need to level that playing field, tear down all those barriers and let our people be able to make the choice of what food they want to eat and where it’s grown at.”

Since last year, the US and China slapped tariffs on billions of dollars worth of each other’s goods and Beijing has specifically targeted US agricultural products such as soya beans.

It has led to a sharp drop in US farm exports to China and forced the Trump administration to pay emergency subsidies to support American farmers.

Mr Duvall said the trade war had created the “perfect storm” for US farmers, who were already suffering after a series of natural disasters devastated crops in some areas.

However, Mr Duvall told the BBC that despite this, US farmers still supported Mr Trump’s approach to China and viewed the “short term pain” as worth it.

“Historically, even though agriculture and trade have been growing all around the world it hasn’t kept up to the pace that it should have as the middle class have been rising up, especially in Asia, and we think that we ought to have the opportunity to have a bigger piece of that market,” he said.

“[US farmers] all will tell you that… they still support the president in his efforts to come up with fair trade for the farmers here in America.” 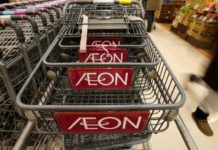 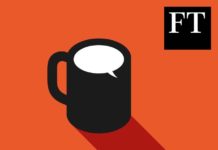 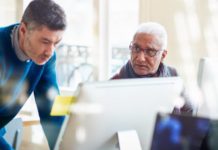 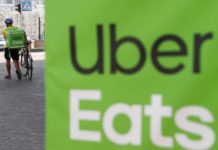