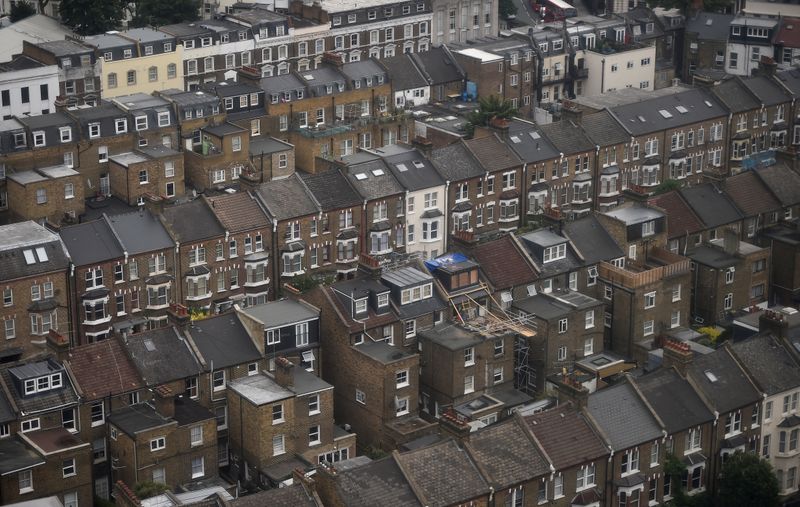 © Reuters. Rows of houses are seen in North Kensington, London

Economists polled by Reuters had expected about 71,000 approvals.

Mortgage lending rose by a weaker-than-expected 3.1 billion pounds in July.

But consumer borrowing – a key driver of economic growth – increased by only around 300 million pounds in August from July compared with a median forecast for a 1.45 billion pound increase in the Reuters poll.

Alistair McQueen, head of savings and retirement at insurer Aviva (LON:), said many households were likely to start saving more in anticipation of further economic turmoil caused by the reintroduction of stricter local lockdown measures.

“This will dent consumer spending, which will curb the UK’s economic recovery.”

Compared with August last year, consumer borrowing sank by 3.9%, the sharpest fall since the BoE began measuring the data in 1994.