UK mortgage approvals in September soared to their highest levels since 2007 as the government’s stamp duty holiday helped loosen pent-up demand in the housing market.

Mortgage approvals increased at a faster rate than forecast, to 91,500 last month, data from the Bank of England on Thursday showed.

The figure marks an increase from the 85,500 in August and was far ahead of an expected 76,000 approvals, according to a consensus of economists polled by Reuters.

The strength of the housing market, in spite of a record fall in economic output in the second quarter, was partially the result of demand accumulated during the lockdown when the housing market was on freeze.

Some analysts have warned that the government’s stamp duty holiday, which began in July and will run until the end of March, is creating a mini housing bubble.

“The feeling and concern is that buyers are feeding into an artificially strong market, which has been driven by historically low mortgage rates and a rush to complete transactions before the end of the stamp duty holiday in March,” said Tomer Aboody, director of property lender MT Finance.

Mark Harris, chief executive of mortgage broker SPF Private Clients said: “given that the government currently has no plans to extend the stamp duty deadline [ . . . ] it is focusing buyers’ minds on getting deals done over the next four to five months”.

The strong housing market was also reflected in a stronger resilience of the housing construction sector than manufacturing and services, according to the separate closely watched IHS purchasing managers survey.

It also supports strong sales in home goods stores, such as furnishing, which have supported larger than expected retail sales, according to separate official statistics.

Data by the Bank of England also showed that households increased deposits accumulated in bank accounts in September, albeit by a lower amount than during the lockdown, when the closure of shops and restaurants increased forced savings.

Households’ deposits increased by £6.8bn in September, below the average of £17.3bm between March and June, but higher than the £5bn in the six months to February, before the pandemic.

The figure is closely watched by policymakers as the reluctance of consumers to spend might limit activity despite the support of income provided by the government’s job scheme.

Thomas Pugh, UK economist, at Capital Economics said the data “suggests that consumer spending was already faltering before the latest round of restrictions to curb the spread of the virus were imposed.”

That finding was supported by data published on Thursday by the Office for National Statistics for the fortnight ending in October 18.

According to the ONS release, retail footfall, a measure of consumer activity, dropped in 6 of the 10 regions of the UK compared to previous weeks, with more marked fall in those affected by increased restrictions, such as Northern Ireland and Wales.

Tightening restrictions are also reflected in falling job vacancies in the catering and hospitality over the same time period, despite job adverts in the industry were still below half of last year’s level. 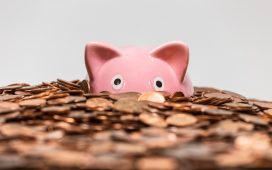 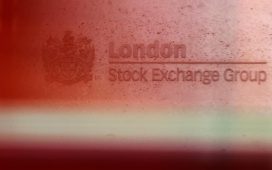 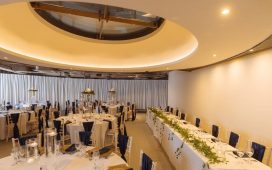 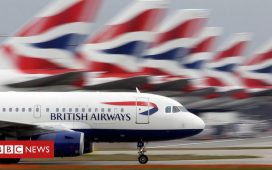