The UK has invited south-east Asian nations to attend a G7 foreign ministers meeting in Liverpool next month, in a move that risks highlighting concerns that the new alliance between Britain, the US and Australia will fuel a regional nuclear arms race.

States from the Association of South-East Asian Nations are divided on the new Aukus partnership but some, notably Indonesia and Malaysia, have sharply criticised it, and many in the 10-member bloc are reluctant to take sides in the unfolding superpower rivalry between the US and China.

The invitation to Merseyside on 10 December for three days came a week after the terror attack outside Liverpool Women’s hospital. The choice of Liverpool as the venue for the event, the second G7 foreign ministers’ meeting during the UK’s chairing of the G7, came before the incident. The Foreign Office said Liverpool had been chosen due to its history as a port city with a global outlook. As many as 21 foreign ministers could attend, as Australia, South Korea, India and South Africa have also been invited.

The foreign secretary, Liz Truss, said: “I want us to build a worldwide network of liberty that advances freedom, democracy and enterprise and encourages like-minded countries to work together from a position of strength.”

She added: “I was deeply saddened by the awful attack in Liverpool this month, but the resolve of the people of this great city will never waver in the face of such atrocities.”

The only country in the Asean not invited is Myanmar, which has been asked to instead present a representative who is not part of the ruling junta to attend by video, the policy adopted by Asean at its own summit last month, and at a China-Asean summit due on Monday.

China is likely to view this expansion of the G7, which represents the world’s most advanced economic powers, as an attempt to get the region to endorse Aukus, and a more hard-edged military approach to China.

In September, Australia infuriated the French by cancelling a longstanding submarine contract with Paris and announcing it was forming a partnership with the US and the UK to build nuclear-powered submarines, and to work together on technologies such as artificial intelligence and quantum computing.

Speaking at the weekend, the Indonesian defence minister, Prabowo Subianto, said of Aukus: “Our position is that of course south-east Asia should remain nuclear-free, and the fear is that this will spark an arms race, this will spark more countries seeking nuclear submarines, and we know now that the technology is there. I think many other countries can very soon have nuclear submarines – I would say Japan and India and many other countries, so that is the concern.” He added that he understood, however, that countries might seek to defend themselves when faced by what they consider an existential threat.

The Malaysian defence minister, Hishammuddin Hussein, said: “The stakes are too high and the cost is not worth the risk, as no one wants or can afford a full-scale confrontation in these waters. We must set aside our egos, our pride and our anger in moving forward. Combative statements, whether from inside or outside the region, are not helpful and could only serve as a spark to a potential tragedy.”

Hussein also spoke out against Aukus, saying: “My concern with the developments of Aukus – and sometimes it is rhetoric, sometimes it might be increased tensions, it might be reduced dialogue with regards to the two superpowers in our region – is it should not lead to unforeseen, unintended and accidental incidents in the South China Sea. If the South China Sea is full of military movement, [it increases] the chances of unintended accidents happening, which has happened in the past – and we all have to realise the first world war started by accident. Now, that is a real problem [that] requires courage, it requires a lot of patience, it requires diplomacy.”

He also warned against the new alliance leading to a break up of the Asean bloc. “We do not want these 10 nations to be broken up for any reason, especially not because of the geopolitical reasoning of superpowers in our region.”

Stephen Lovegrove, the UK’s national security adviser, said the planned Australian nuclear-propelled submarines “will carry probably very similar weaponry to the submarines that Australia was, in any case, going to buy from the French”, and added that “the Australian government is completely committed to making sure that the highest possible standards of stewardship and operation are maintained”.

On Friday, Kurt Campbell, the US Indo-Pacific adviser at the national security council acknowledged the resentment the Aukus partnership had caused, and claimed that it might not be an exclusive organisation, but open to other European nations to join in the future. He gave no details. 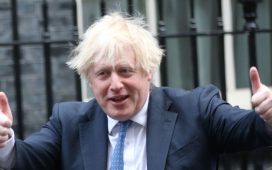 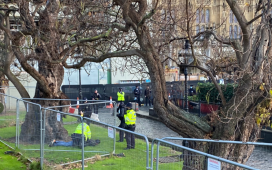