Good morning and welcome to our rolling coverage of the world economy, the financial markets, the eurozone and business.

House prices in the UK dropped 0.5% in June from May, the first monthly fall since January, according to Halifax, one of the UK’s biggest mortgage lenders. The annual growth rate has fallen to 8.8% from May’s 14-year high of 9.6%, as the stamp duty holiday is being phased out now until September.

The tax cut was introduced by the chancellor, Rishi Sunak, in June last year to revive the housing market, which effectively shut down in the first couple of months of the pandemic.

The average price of a property was £26,358 in June. Average prices are still more than £21,000 higher than this time last year, following nearly a year of strong gains.


With the stamp duty holiday now being phased out, it’s was predicted the market might start to lose some steam entering the latter half of the year, and it’s unlikely that those with mortgages approved in the early months of summer expected to benefit from the maximum tax break, given the time needed to complete transactions.

That said, with the tapered approach, those purchasing at the current average price of £260,358 would still only pay about £500 in stamp duty at today’s rates, increasing to around £3,000 when things return to normal from the start of October.

Buyers have been seeking out detached family homes in particular, amid an exodus from cities to smaller towns and rural areas, as many people switched to working from home during the pandemic. Galley says:


Government support measures over the last year have helped to boost demand, particularly amongst buyers searching for larger family homes at the upper end of the market. Indeed, the average price of a detached home has risen faster than any other property type over the past 12 months, up by more than 10% or almost £47,000 in cash terms. At a cost of over half a million pounds, they are now £200,000 more expensive than the typical semi-detached house.

In Germany, industrial production unexpectedly fell 0.3% in May from the previous month, according to the country’s Federal Statistical Office (Destatis). Production surged 17.3% compared with May last year, when large parts of industry scaled back production because of the coronavirus pandemic.

Compared with February 2020, the month before Covid-19 restrictions were imposed, production in May was 5% lower.


Disappointing and sluggish industrial production in the first two months of the second quarter suggests that supply chain disruptions, like the blockage of the Suez Canal in April or the ongoing semiconductor delivery problems, have not left German industry unscathed.

The overall direction of industrial production, however, is still up…The rebound will come, it just doesn’t follow the German principle of ‘Pünktlichkeit’.

On the markets, investors are braced for minutes from the US Federal Reserve’s last meeting, out tonight, which could show a shift towards tightening of policy. Asian stock markets slid, also pressured by a Chinese crackdown on technology companies. Japan’s Nikkei fell 1.1% and Hong Kong’s Hang Seng lost 0.89% to near six-month lows while the Australian market was up 0.9%.

European and UK stock futures are pointing to a slightly higher open over here.

Minutes of the Fed’s June meeting will be scrutinised for any signs of how serious members were about tapering the huge asset buying programme, and when the first interest rate hike might come. 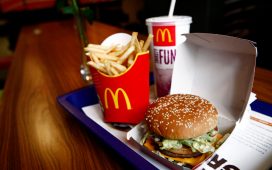 Does McDonald’s do delivery and how much does it cost? 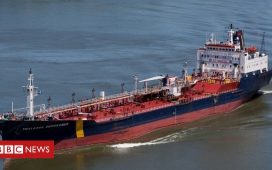