UK hospitality operators have stepped up calls for a permanent reduction in value added tax and business rates after a 40 per cent drop in sales over the normally busy festive season eroded the cash reserves many businesses need to see them through the quieter winter months.

Sales figures due to be published on Thursday by the trade body UKHospitality and industry tracker CGA show that restaurants, pubs and bars recorded a £3bn decline in revenue during December compared to the same month in 2019.

Trading on Christmas Day was down 60 per cent compared with 2019, while sales on New Year’s Eve, one of the most lucrative days in the calendar for night-time venues in particular, fell 27 per cent.

Restaurant and bar owners had been banking on a good Christmas to make up for losses racked up during repeated periods of restrictions since March 2020. But the reintroduction of curbs such as vaccine passports and guidance to work from home due to the spread of the Omicron coronavirus variant in early December caused steep drops in sales and the widespread cancellation of Christmas events.

UKHospitality described the overall figures as “devastating” and said the onset of Omicron meant that businesses had lost a chance to rebuild “crucial cash reserves . . . delaying the recovery and leaving many businesses exposed going into the fallow winter months”.

Kate Nicholls, UKHospitality’s chief executive, said the government needed to urgently support the sector and “enable it to safeguard jobs” by “announcing the extension of the hospitality and tourism VAT rate at 12.5 per cent and reducing rates bills . . . to allow businesses to recover again”.

Operators across the sector have backed the trade body’s calls for a continued cut in VAT which was reduced for hospitality businesses at the start of the pandemic and is due to return to 20 per cent in April.

UKHospitality estimates that a prolonged reduction in VAT would cost the Treasury £213m per year.

Martin Williams, chief executive of the Gaucho restaurant group, said that “the VAT support rate of 12.5 per cent needs to stay permanently for our sector to survive”. Live, the events trade body, has said that it would like to see the tax level reduced to 5 per cent.

Labour has also supported a VAT reduction, with Seema Malhotra, shadow minister for business and consumers, warning in parliament on Tuesday that businesses faced a “cliff edge” at the end of March when taxes and business rates return to pre-pandemic levels.

Business rate increases were frozen by the Treasury in October until April 2023 with discounts for smaller businesses capped at £110,000. UKHospitality is calling for the cap to be lifted to £2m.

Rahul Sharma, director of The Regency Club, a restaurant in north London, said that every day during December the business had received 30 to 40 cancellations, around half of its total capacity.

“It felt like a lockdown in proxy because people felt that it is more sensible not to go out if you don’t have to, which completely makes sense but it leaves the business strangulated,” he said.

The poor sales have continued into 2022 with trading in the first full week of January down 30 per cent compared to 2019, according to S4Labour, a hospitality payroll specialists. 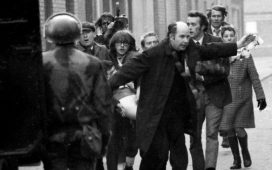 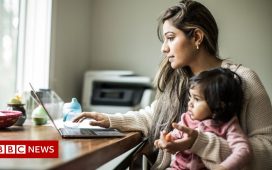 Return to the office must not harm women's careers, says Aviva boss 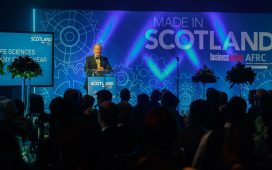