LONDON (Reuters) – The number of workers hired for permanent jobs via recruitment agencies in Britain fell at the fastest pace in more than three years in August as the Brexit crisis deepened, a survey showed on Friday.

The Recruitment and Employment Confederation and KPMG said hiring of temporary workers rose but remained close to its slowest pace in 75 months while permanent placements fell for the sixth month in a row as employers postponed hiring.

Prime Minister Boris Johnson, who took office in July, has said he will take Britain out of the European Union on Oct. 31 without a transition deal to smooth the economic shock, unless Brussels gives in to his demands for concessions.

But this week, lawmakers rushed to approve a bill which would require Johnson to ask for an extension of the Brexit deadline, prompting him to demand an early election.

“The first priority should be avoiding a damaging no-deal Brexit and giving some stability back to British businesses, so they can drive the prosperity of the whole country,” REC Chief Executive Neil Carberry said.

August saw the smallest increase in job vacancies since January 2012, the survey showed.

Starting salaries of permanent staff rose at the weakest pace since December 2016 as a squeeze on candidates eased – the availability of staff fell at the most moderate pace for over two-and-a-half years.

Britain’s labour market has strengthened since the Brexit referendum in 2016, bringing unemployment down to its lowest rate in more than 40 years and pushing up pay. The Bank of England is watching pay growth closely as it tries to work out what to do next with interest rates.

Coronavirus: Global shares fall for fifth day in a row 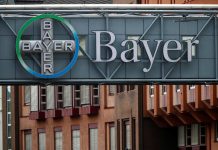 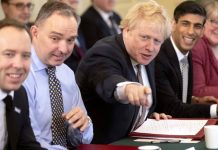 Johnson should handle Whitehall with care