THE UK has the lowest Covid cases in Europe, data shows amid calls for a faster lockdown easing.

In the past week, 173 cases in every million people have been diagnosed.

On the other end of the scale and 25 times higher, Cyprus has recorded 4,356 cases per million people in the past week, according to Our World in Data.

Swathes of EU nations have either extended lockdowns, or tightened restrictions further.

With a third wave playing out only across the channel, the PM has been cautious not to lift restrictions too quickly.

He has previously said outbreaks on the continent usually “washes up on our shores” within a matter of weeks, and government scientists have urged the Government not to move too fast.

Vaccines and UK-wide lockdowns have helped bring the infection rate and deaths to the lowest they have been since the end of last summer.

Around 23 deaths are being reported by the Government per day, on average, and 2,751 cases.

But it won’t be for another month until indoor hospitality can restart, and June 21 at the earliest that social distancing will be removed.

A Cambridge risk expert said today if he were in charge, he would lift restrictions faster.

Professor Sir David Spiegelhalter, a statistician and chair of the Winton Centre for Risk and Evidence Communication, said there is “considerable caution” in the roadmap.

Speaking on BBC Radio 4’s Today, Prof Spiegelhalter: “All the indicators are running at extremely good levels. Deaths are very low – well lower than the five year average – cases hospitalisations, they are all very low.

“And this was completely predictable, and the arguments were predictable, that around now, people think ‘why do we have to wait another two months before we’re free of all these restrictions?’.

“They are being very cautious. I’m glad I’m not in charge. I’d probably say ‘oh yeah come on, let’s have a go’.”

But he added “they [ministers] really do not want to have to go backwards” and that cautionary progress has the public’s backing.

“I think there is, quite reasonably, an anxiety about what might happen.

“But there is definitely a considerable caution at the moment because they (ministers) have said they are not going backwards. And so I think that is dictating the caution of the policy and does seem to have considerable public support.”

An Oxford professor suggested the slow roadmap could be “overcome” by looking closer at the data.

Carl Heneghan, the director of the Centre for Evidence Based Medicine, told The Telegraph: “All the data is highly reassuring. There is becoming a case over the next couple of weeks to bring forward the reopening of hospitality, but that’s offset with caution around big events.

“The issue is as we go about our daily lives there will be a slight increase in cases, but the key is not to panic.

“I think this over-cautiousness can be overcome by using a data-driven approach.”

It comes after Steve Baker, the deputy chairman of the Covid Research Group of Tory MPs, suggested the criteria for unlocking keeps changing.

He told the paper: “I know the Prime Minister is worried about case data in other countries. But we were promised the vaccine would break the link between cases, hospitalisations and deaths.

“We’ve been told repeatedly it has done. So of course we’re looking to the Prime Minister to follow the data so that we can end the other harms that come with restrictions and lockdown.”

Meanwhile, some scientists believe the lockdown easing could be reversed, if the South African variant continues to spread.

A date for foreign travel remains unclear, but an update is expected on May 17.

Simon McNamara, who leads airline trade body the International Air Transport Association’s UK and Ireland activities, said the approach to reopening international travel was “too complex and too cautious”.

He told the Commons’ Transport Select Committee today: “We have to call that out.

“We are approaching a point where the pandemic in the UK is under control. We have good protections in place with testing, with vaccination as well, and we think we can open in a faster but safe way. And I think that’s the detail we’re lacking that we need to get into.”

Wales and Scotland speed ahead

It comes as England looks on at other UK nations that are speeding ahead in their route to normality.

Officials in Wales and Scotland have both decided to lift some Covid restrictions earlier than planned because the data looks so positive.

Scotland’s First Minister said a reduction in prevalence of the virus meant some acceleration of planned lockdown easing was possible.

From April 26, cafes, restaurants, shops and gyms are due to open, and more people will be allowed to meet up outdoors, under current plans.

But there will be some restrictions; hospitality will need to close their doors at 8pm indoors and 10pm outdoors, with alcohol only allowed to be served outside.

Last week, the Welsh government announced it would lift restrictions on household mingling earlier than planned, May 3 instead of May 10, following a better-than-expected drop in coronavirus cases.

The reopening of gyms and leisure centres has also been brought forward by a week to May 3. 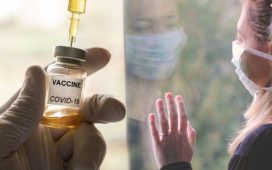 Covid vaccines could control the pandemic and end the need for lockdowns, says new study

No masks by SUMMER as life could return ‘to relative normality’, say No10 scientists 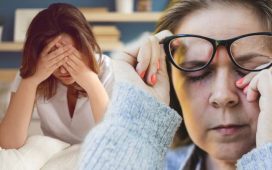 Covid symptoms: The eight signs indicating you may have been infected without knowing

Call for more play time amid ‘schoolification’ of UK childhood 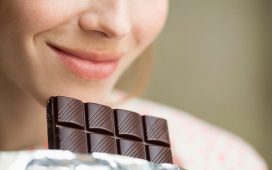 Having a sweet tooth could lead to heart disease and death in middle age, study finds 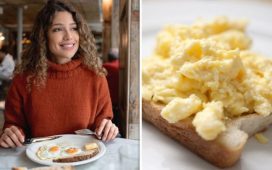 Eggs and cholesterol – how many you should eat a day to keep your levels in check?