The UK government made “significant mistakes” in its purchase of Covid-19 personal protective equipment (PPE) which led to the “truly tragic waste” of hundreds of millions of pounds spent on items that were “useless to the NHS”, it was claimed in the High Court on Tuesday.

The Good Law Project, a not for profit campaign group, alleged at the start of a high-profile judicial review challenge that the government had “spent vast sums of money” without applying basic technical steps and due diligence in a procurement process which was “fundamentally not transparent, unequal and unfair.”

The campaign group is suing the government saying that it breached its duties of transparency last year in awarding nine PPE contracts worth £700m to three companies — Ayanda Capital, Pestfix and Clandeboye. It claims a “substantial proportion” of the PPE procured under the deals “is unfit for purpose” for the NHS.

Jason Coppel QC, the barrister representing the Good Law Project, claimed to the High Court that the procurement process gave rise “to very serious concerns as to the management of large amounts of public money”. He added: “Enormous quantities of equipment were purchased without proper technical checks, at inflated prices” which were “useless to the NHS”.

Coppel claimed to the High Court that £595m was spent by the government on contracts to supply PPE from Ayanda and Pestfix but “well over half was wasted” by not being suitable for the health service.

It is unclear exactly how much was spent because the High Court has permitted the government to keep certain details confidential — including the information about the amount of public money spent on unusable PPE.

The government set up a VIP lane reserved for PPE suppliers who had been recommended by either health officials, ministers or MPs. An investigation by the public spending watchdog, the National Audit Office, last November revealed that these companies were 10 times more likely to be awarded contracts than other firms, prompting the NAO to conclude that “standards of transparency” had not been consistently met.

The court was told Ayanda, a financial services firm, was placed in the VIP lane after interventions by businessman Andrew Mills, a former member of the UK Board of Trade. It also heard how Pestfix, a pest control company, was allocated to the VIP lane because a former Pestfix director was an “old school friend” of the father-in-law of Steve Oldfield, chief commercial officer of The Department of Health and Social Care. The government awarded £340m of contracts to Pestfix, which had net assets of just £18,000.

The three companies are interested parties in the judicial review brought against the government by the Good Law Project. They did not make submissions during Tuesday’s opening day of evidence but are legally represented.

“Ministers did not want contacts to have to wait in line on the [procurement] portal like everyone else. They wanted personal handling of their contacts,” Coppel told the court of the VIP lane.

“There was no quality requirement for referral to the VIP lane. In fact the only criterion for entry was a nepotistic one,” Coppel claimed in written arguments.

The health department said in its written arguments that it “wholeheartedly rejects” the claims against it.

“PPE was desperately needed, and in large quantities. This was a public health emergency,” Michael Bowsher QC, barrister for DHSC, claimed in his written submissions. “Important decisions needed to be taken at speed, or else opportunities would have been lost and the UK would not have had the PPE supply which was so desperately needed.”

Bowsher added that the officials awarding contracts “did not take into account” whether a supplier had been processed by the VIP lane and he said that proper due diligence had been carried out.

The DHSC said on its website that it had delivered 11bn items of PPE to frontline workers after setting up a new parallel supply chain last year. “Officials worked day and night to secure these contracts. We prioritised procurement and we make no apology for that,” it said. 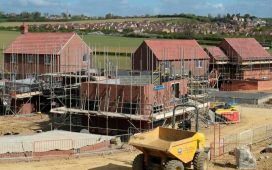 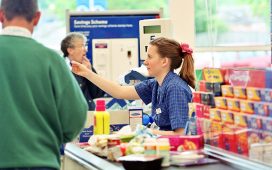 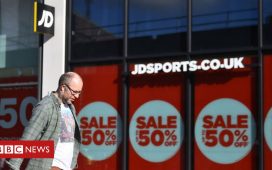