The Government has taken further steps to improve the safety of smart motorways without hard shoulders, including banning such motorways from opening if they lack measures to detect stopped cars.

In a statement released today, Transport Secretary Grant Shapps vowed that no further all-lane-running (ALR) motorways will be allowed to open without radar technology to spot stopped vehicles.

Furthermore, he promised that the technology will be rolled out on all operational ALR roads by September 2022. At the same time, Highways England is upgrading the nation’s smart motorway cameras to enable them to detect cars driving in closed lanes, so-called ‘red X’ violations, which are punishable by police.

These latest steps build on measures set out in a Stocktake Report on Smart Motorways in March 2020, which comprised an 18-point action plan, including camera improvements and a £5m advertising campaign to warn drivers about smart motorway etiquette.

Shapps said: “This government takes the safety of our roads very seriously. We are determined to do all we can to help drivers feel safer and be safer on our roads – all our roads.”

Despite Shapps’s efforts, however, the Minister and the Department of Transport continue to come under fire over smart motorways. Smart Motorways were introduced in England in 2002, with the controversial ALR versions, in which the hard shoulder is used as an extra lane, arriving in 2014. They have been linked to over 38 deaths.

In February, a coroner referred Highways England to the Crown Prosecution Service to consider a charge of corporate manslaughter, following the death of a woman in South Yorkshire when motorway monitors failed to detect her vehicle had broken down.

Responding to the government’s latest announcement, RAC head of roads policy Nicholas Lyes said: “While it appears good progress is being made on implementing some of the changes the Government promised last year, we are concerned that drivers will still need to wait up to 18 months before all cameras are enforcing ‘red X’ lane closed signs.

“Enforcement is vital in getting all drivers to obey these signs as anyone who disregards them is at a much greater risk of being in a collision with a stranded vehicle.”

His comments were echoed by Edmund King, president of the AA. King said that while the progress on smart motorways is “encouraging”, there is still work to be done.

“The number one improvement advocated by the AA and our members is to increase the number of emergency refuge areas and retrofit them to older schemes to ensure they are placed at approximately 0.75 miles apart. More ERAs, together with improving the accuracy of stopped vehicle detection radar, should be the urgent priorities,” said King.

In a Stocktake first year progress report, Highways England says that fatality rates on ALR motorways are lower than on any other type of UK road. It said ALR motorways have a fatal casualty rate of 0.12 per hundred million vehicle miles (hmvm), compared to 0.16 per hmvm for conventional motorways and 0.44 per hmvm for strategic road network A-roads.

How smart are smart motorways really?

Transport secretary: smart motorways are “anything but” 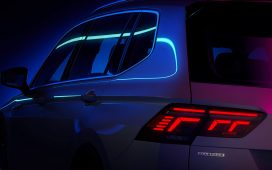 Volkswagen to reveal updated Tiguan Allspace on 12 May

The most and least crashed cars revealed – does you motor make the list? 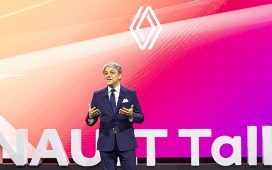 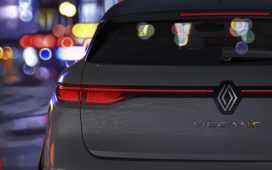 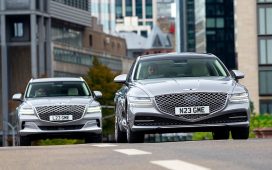 Opinion: How Genesis can crack the (up)market