UK government must do more to help with household energy bills, say MPs

The Commons business, energy and industrial strategy committee said the energy crisis was “racing ahead of the government” and that the £15bn support package it unveiled in May had been “eclipsed by the scale of the crisis”. It added that the crisis was partly attributable to the “negligent” and “incompetent” behaviour of industry regulator Ofgem.

The report comes as forecasts for the increase in the government price cap on average energy bills have risen from about £2,800 in May to near £3,400 now, against a backdrop of soaring gas prices in recent months.

The price cap is due to rise in October to roughly £3,244, before going up again next January amid a wider cost of living crisis.

“To prevent millions from dropping into unmanageable debt it’s imperative that the support package is updated and implemented before October,” said Darren Jones, Labour chair of the committee. “[That’s] when the squeeze will become a full-on throttling of household finances.”

The committee’s call comes as the ruling Conservative party is locked in a leadership contest between former chancellor Rishi Sunak and foreign secretary Liz Truss.

Sunak has said the government must be responsible in its borrowing, defending increases in national insurance and corporation tax. By contrast, Truss wants to reverse tax rises and says borrowing is necessary right now despite warnings that it risks stoking inflation, which hit a 40-year high of 9.4 per cent in June.

The committee said the government must do more to target support at the most vulnerable households amid warnings that more than a third could face energy poverty this winter. It criticised the support offered so far as it also helps the wealthiest households, including those with second homes.

Its report urged the government to work with energy suppliers to ensure that low-income households that fall into debt have longer to repay, and an end to the practice whereby people who are struggling are moved to pre-payment meters with higher tariffs.

Simon Francis of the End Fuel Poverty Coalition said he supported the report’s findings because the “crisis” facing households was “ongoing and severe”. “The energy bills crisis this winter is a nightmare scenario, but the government is sleepwalking into it,” he added. 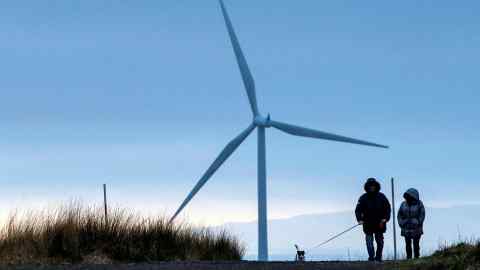 Households face having £94 added to their bills from the cost of transferring customers from collapsed suppliers. The committee said the cost of bailing out Bulb, the largest energy supplier to go bust, should be paid for out of general taxation so as not to lead to further increases for all households. It called for Ofgem to report to the committee more regularly as the regulator attempts to overhaul how it oversees the market.

The report also called on the government to “urgently” launch a national home insulation programme, describing it as a “permanent solution to bring down bills”.

In response, Ofgem said it “welcome[d] the committee’s scrutiny of energy market regulation”, adding: “No regulator can . . . guarantee companies will not fail in a competitive market but we are working hard to reform the entire market, as well as closely scrutinising and holding individual energy suppliers to account.”

The Department for Business, Energy and Industrial Strategy said “no national government can control global inflationary pressures” but that it had “introduced an extraordinary package of support to help households, including £1,200 each for the most vulnerable households”.