Electricity companies have warned UK chancellor Rishi Sunak that a windfall tax on their profits would jeopardise investments to build more generating capacity and could inadvertently lead to the collapse of more suppliers.

Energy UK, which represents companies including Centrica, EDF Energy, RWE and SSE, on Wednesday hit out at Sunak’s plan to apply a windfall tax on what he described as the sector’s “extraordinary profits” resulting from high wholesale power prices over the past year.

“A windfall tax on generators could delay and raise the cost of these investments — at the very time that we need to increase spending to meet the government’s own aims,” said Adam Berman, deputy director of Energy UK. “We need to make investment in cheap, clean, domestic generation easier, not harder.”

The chancellor warned last month he would consider hitting power generators with a levy later this year when he announced a 25 per cent windfall tax on North Sea oil and gas companies. The levy is designed to help partially fund a £15bn support package for households facing soaring energy bills.

Sunak’s plans for an additional tax on generators have also been attacked by the Labour party, even though it championed a windfall levy on the oil and gas sector.

The government published its energy security strategy in April, which put the onus on electricity companies to meet ambitious targets to build more generating capacity. The strategy, drawn up in response to Russia’s invasion of Ukraine, set out new targets for power sources including nuclear power and offshore wind.

“It’s clear that a windfall tax on generators would compromise this and would deter potential investors,” Berman added. “Without investment the UK remains reliant on international energy markets and exposed to external crises.”

Energy UK also warned of other “unintended consequences” such as the collapse of more energy suppliers. Some energy retailers have been subsidising their supply arms, which operate on very thin or even negative margins, through their more profitable generation businesses. More than 30 weaker supplies have gone bust since January 2021 as surging wholesale gas prices put their business models under pressure. 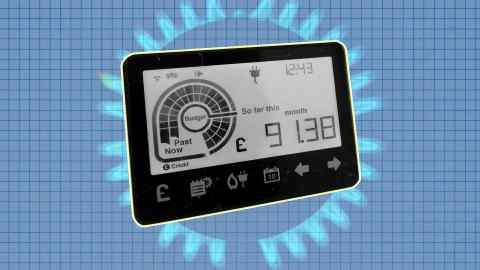 In a separate report published on Wednesday, power company Drax claimed more than £800mn has been added to household energy bills in the past two years under an arrangement that sees operators of wind farms paid to shut them down at certain times because of constraints on Britain’s outdated electricity grid.

Figures compiled by the consultancy LCP suggested enough power to supply 800,000 homes was wasted in 2020 and 2021 because of the grid’s limitations that make it difficult to export the output of wind farms in Scotland during particularly blustery periods to areas of England and Wales where demand is higher.

The £800mn figure also includes estimates by LCP of the cost to bill payers for having to switch on gas-fired power plants to meet demand in England when Scottish wind farms were forced to shut down temporarily.