The UK Foreign Office’s evacuation effort from Afghanistan was “chaotic” and “dysfunctional”, and pleas for help from thousands of desperate Afghans fleeing the Taliban were ignored, a whistleblower has claimed.

Raphael Marshall, who worked for the Foreign, Commonwealth and Development Office as a desk officer in London, claimed the then foreign secretary Dominic Raab “did not fully understand the situation”.

He said the FCDO received between 75,000 and 150,000 evacuation applications by Afghans who were in danger due to their connections to the UK, but estimated that fewer than “5 per cent” of these people obtained any assistance.

“It is clear that some of those left behind have since been murdered by the Taliban,” he said in evidence to the House of Commons foreign affairs committee.

Marshall, who left the Foreign Office in September, revealed that in the middle of the evacuation, for one afternoon, he was “the only person monitoring and processing emails” from Afghans classified by the UK as special cases, including politicians, civil servants and soldiers.

He claimed there were “usually 5,000 unread emails in the [Afghan special cases] inbox at any given moment” and “in thousands of cases emails were not even read”. The process of prioritising applicants was “arbitrary and dysfunctional”, he added.

Despite the urgency on the ground, Marshall said the default expectation was that FCDO staff would only work eight hours a day, five days a week, and the department prioritised a “work-life balance” as the Taliban seized Kabul.

Tom Tugendhat, Conservative chair of the committee, said: “These failures betrayed our friends and allies and squandered decades of British and Nato effort.”

Raab, who was foreign secretary until September, rejected Marshall’s allegations. He told the BBC: “It is frankly a mischaracterisation of the pressures. Some of the criticism seems dislocated from the facts on the ground.”

Sir Laurie Bristow, former British ambassador to Afghanistan, will appear alongside other senior FCDO officials before the foreign affairs committee later on Tuesday as it investigates the evacuation effort.

MPs have said thousands of Afghans eligible to come to the UK were left stranded in Afghanistan amid accusations the government failed to plan adequately before the long-proposed withdrawal of international troops at the end of August.

Marshall claimed junior Foreign Office officials were asked to make hundreds of life and death decisions about which they knew nothing. No member of the team working on evacuation cases had “studied Afghanistan, worked on Afghanistan previously, or had a detailed knowledge of Afghanistan”, he said.

Marshall alleged it would take “several hours” for Raab to engage on notes detailing specific evacuation cases and that the minister had requested “all the cases [be] set out in a well-presented table to make decisions”.

Given the urgency of the evacuation, “for the foreign secretary to make this request suggests he did not fully understand the situation”, he said.

Staffing shortages were also exacerbated by some Foreign Office employees working from home during the evacuation. “FCDO employees were not asked to work over periods for which they had indicated they were unavailable, even if this led to serious shortages of capacity”, said Marshall.

“I believe this reflects a deliberate drive by the FCDO to prioritise ‘work-life balance’. In my opinion, staffing shortages were exacerbated by some staff working from home, which hampered communication.”

Pointing to IT failures, Marshall said the decision to merge the Department for International Development with the Foreign Office meant previous DfID staff working in a London crisis centre could not access FCDO computers because “the DfID and FCO IT systems are not yet integrated. They were visibly appalled by our chaotic system.”

Raab said the two main challenges with the evacuation effort had been verifying Afghans who claimed to have a right to come to the UK and ensuring these people made it safely to the airport.

“Not enough recognition has been given to quite how difficult it was,” he told the BBC. “The suggestion that junior desk officers were making decisions is just not correct; decisions would have been made by ministries, or senior officials.”

He added: “I don’t doubt there will be lessons to be learned but if you look at the facts, I think we did a good job by recent standards of evacuations and by international comparisons.”

Airbus revokes Qatar order for 50 A321 jets as rift widens 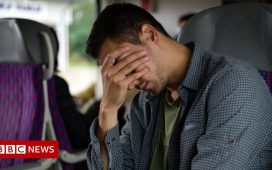 Trains told to get rid of torrent of 'Tannoy spam' 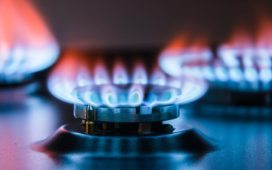 Is there a £500 energy payment or grant to help with bills? 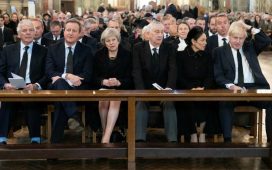