Sara Tauxe had been fretting about a warning from her energy supplier that her monthly energy bills would more than double to £249 if she did not submit meter readings proving lower usage.

Even after April’s hike to Britain’s energy price cap, the 52-year-old single mother, who was used to paying just under £100 a month, could not understand why her regular direct debit had been set so high.

Her experiences, and those of thousands of others buffeted by record gas prices, are a big reason why pressure has built up on the UK government to impose a windfall tax on energy groups — which could hit not only the oil and gas producers but also electricity generators.

Energy suppliers complain that they too have been hit by this year’s surge in wholesale gas prices and that the retail sector is particularly fragile. But one way or another, rising prices are putting electricity groups under increasing scrutiny.

Governments in other countries have intervened to protect households from surging prices. In France, for example, rises in electricity costs have been limited to 4 per cent.

But in Britain the regulator Ofgem has raised the country’s “energy price cap” by 54 per cent, pushing up average bills for 23mn households to about £2,000 a year. The regulator’s chief executive Jonathan Brearley warned on Tuesday that he expected bills to rise another 40 per cent to £2,800 in October, when the cap is next updated.

In Tauxe’s case, she typically submitted her meter readings each month to keep her bills lower — but was concerned after her supplier, EDF Energy, warned her it would take a far higher amount from her bank account if she failed to do so on time. It had been a “huge weight hanging over my head”, she said.

EDF, where Tauxe was moved when her previous supplier Utility Point went bust, reduced her regular direct debit to £145 after being contacted by the Financial Times.

Many other consumers fear being forced into fuel poverty — a reason why a UK windfall tax has widespread public support. Despite the Conservative government’s reluctance to impose such a levy, chancellor Rishi Sunak is now looking into a broad tax that would include companies that generate electricity and have been benefiting from high wholesale power prices.

Such a measure could hit groups including Centrica, ScottishPower and EDF, which own stakes in generation assets such as wind farms, solar schemes and nuclear power plants, as well as supplying UK homes.

Government officials estimate generators have made more than £10bn in excess profits, which, if taxed, could help subsidise the energy bills of households most in need over the winter.

It is not just wholesale prices that are behind the higher bills in Britain.

Among the extra costs hitting UK households is a £68 contribution to rescue the customers of the more than 30 energy suppliers that have collapsed in the past year.

There are also concerns in the industry that weaker operators have sought to front-load customers’ bills to secure funds to support their daily operations, as they struggle to access alternative finance.

Many customers have complained that their monthly direct debits have risen even more steeply than the cap increase — claims Ofgem is looking into.

Suppliers insist there are many reasons why direct debit increases might be higher than indicated by the cap, such as customers coming to the end of a cheap fixed-price deal or households not being up to date with meter readings.

EDF said it could not comment on the case of Tauxe but said: “The approach we use to calculate the correct level of direct debit for a customer is exactly the same now as it was before the recent price increases . . . If poor practice is happening in the industry, it should be stopped.”

The steep increases in energy bills for consumers have triggered calls for a windfall tax on oil and gas producers including BP and Shell in recent weeks, as the companies have posted record profits even as households struggled with the worst cost of living crisis in a generation.

But the consumer backlash has spread to the suppliers, some of which have also posted healthy profits.

Simon Francis, co-ordinator of the End Fuel Poverty Coalition, said the “excesses on show” at some UK energy companies were “obscene in the current climate”.

Centrica, owner of Britain’s largest energy retailer British Gas, this month predicted 2022 profits at the top end of analysts’ expectations, for example. Martin Young, analyst at Investec, forecast pre-tax profit of more than £1.2bn for 2022, nearly double 2021’s £760mn. Before reports of the broadening of the windfall tax, Centrica’s share price had risen 20 per cent this year.

The biggest operators — such as EDF, Eon and ScottishPower — have been able to better cope with the pressure from high wholesale prices as they often own other assets such as oil and gas projects or wind farms, or form part of large multinational companies that have been generating profits in other areas.

This has brought them within the possible scope of the windfall tax as large parts of their business have remained profitable even though the divisions selling electricity and gas to UK homes have been losing money.

The big energy generators have hit back, arguing they have “differing commercial arrangements” under which they sell their output, meaning many have not benefited from some of the peaks in wholesale prices.

At the other end of the market, dozens of smaller suppliers that were more exposed to wholesale price increases have collapsed since the start of 2021. These did not have the diversified businesses of their larger rivals and their weaker business models left them with little access to external funding.

The smaller suppliers in the UK — which would not be affected by the windfall tax — argue that the profit increases recorded by their larger rivals are masking the fragile state of the retail energy sector.

Aggregate pre-tax margins for gas and electricity supply across the industry in 2020 was minus 1.02 per cent, Ofgem’s data show.

Even with the windfall tax, the backlash against the big suppliers looks set to intensify — as bills are set to rise again for many households and companies face tough decisions over dividends and executive pay.

Centrica — often a lightning rod for frustrations with the retail energy sector — faces a particular flashpoint as it decides whether to restore its dividend, which was suspended during the first Covid-19 wave in 2020, even though that may be politically difficult.

Privately suppliers acknowledge they could have a bruising winter as families really start to feel the pain of rising prices and blame the companies billing them.

“Is there a risk from a public relations point of view . . . that we get blamed for rising prices? Yes, absolutely, we’ve seen it before, it could happen again,” said the chief executive of one supplier. 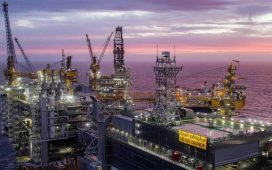 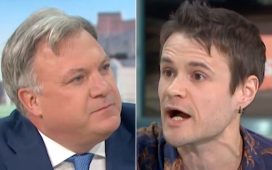 Voices: If Ed Balls wants to host Good Morning Britain, he needs to get his facts straight

Global oil and gas prices have been highly volatile – what will happen next? | Kenneth Rogoff

Floating windfarms could be hosted off Cornwall and Wales, crown estate says 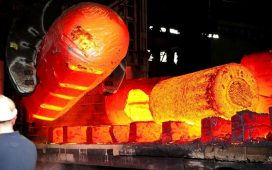 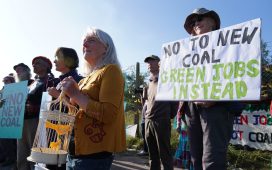 The imminent coal, fracking and nuclear decisions that will set UK’s energy and climate course 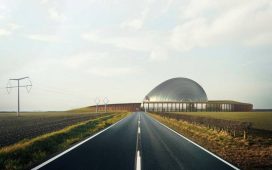