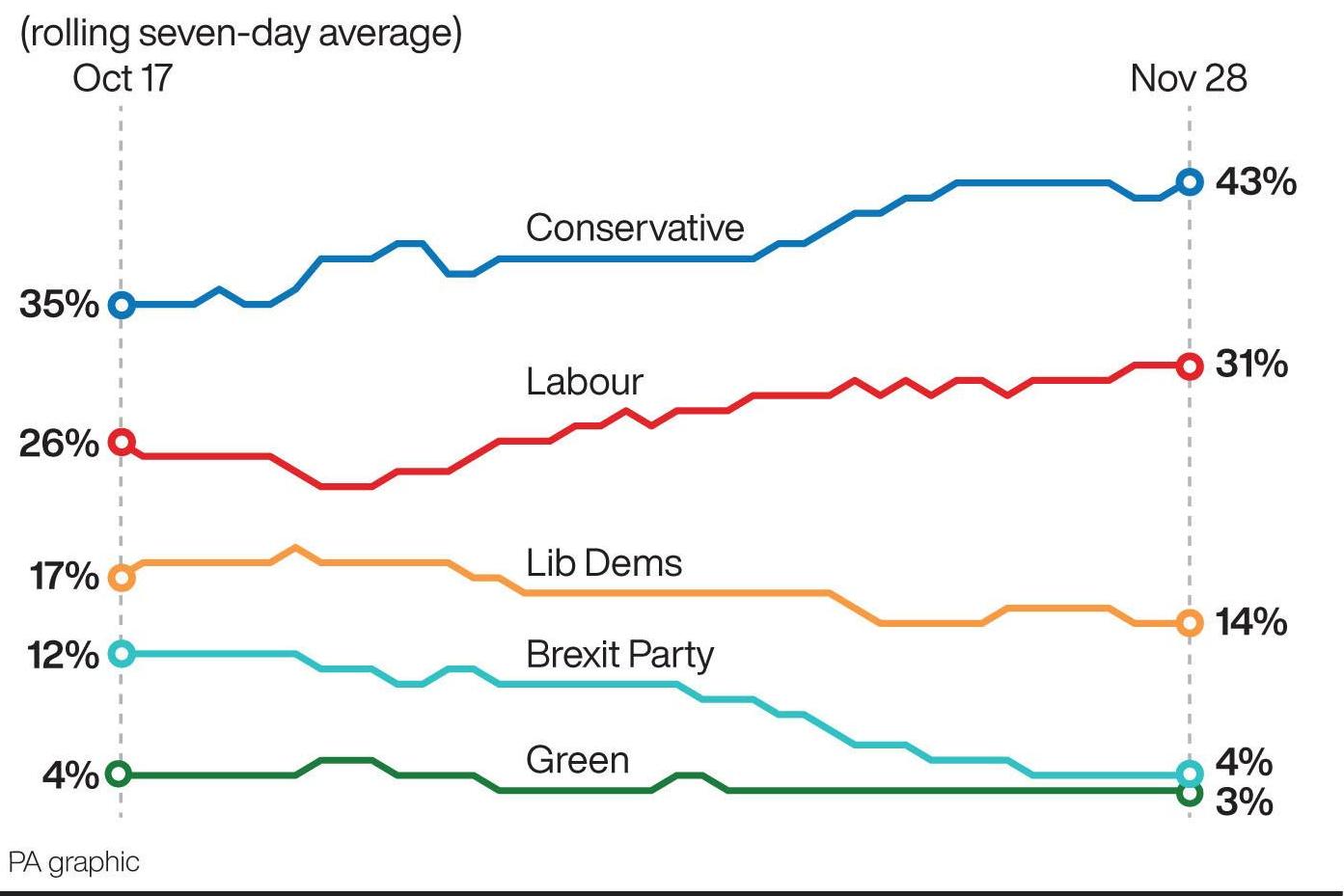 Boris Johnson’s lead over Labour is still in double figures after the Tories were tipped for a landslide majority in a major survey, the latest polling average shows.

In PA Media’s poll of polls, the Conservatives remain 12 points ahead of Jeremy Corbyn’s party, at 43 per cent to 31 per cent respectively.

The results, based on an average of polling over the last seven days, also see the Liberal Democrats set for 15 per cent of the vote, the Brexit Party on three, and the Greens three.

It comes despite a YouGov MRP poll predicting 359 seats for the Tories on December 12, a strong 68 majority. It was the only polling agency to correctly forecast a hung parliament in 2017.

The figures, compiled for The Times, were based on surveys with around 100,000 people and put Labour on 211 seats, its second-worst postwar defeat.

But a separate ICM poll earlier this week, on data gathered between November 22 and 25, saw the gulf between the two main parties shrink to seven points.

Labour sources said the party had overestimated the electoral threat from the Liberal Democrats, and downplayed the likelihood of Leave supporters voting Tory.

Mr Corbyn revealed what he claimed were 451 pages of “unredacted” leaked documents evidencing US-UK trade negotiations, which he said proved the Tories were putting the “NHS up for sale”.

But the event was overshadowed by the fallout from his BBC interview with Andrew Neil, where he refused to apologise for the way he has handled anti-Semitism complaints within Labour.

On Thursday the Prime Minister was accused of showing “contempt” for women after old Spectator columns re-surfaced in which he called children of single mothers “ill-raised, ignorant, aggressive and illegitimate”.