Boris Johnson has said an independent public inquiry with wide-ranging statutory powers will begin hearing evidence in spring 2022 into the UK government’s handling of Covid-19.

Although the terms of reference have yet to be agreed, the inquiry is expected to focus on identifying lessons from the pandemic, which has claimed the lives of more than 127,500 people, Europe’s highest death toll.

Here are some areas that could be under scrutiny:

As recently as 2018, the authors of the UK’s biological security strategy felt confident enough to boast that the UK was “globally renowned for the quality of our preparedness planning, and we have world-leading capabilities to address significant biological risks”.

But experts, including a former government chief scientific adviser, say that the strategy was never properly implemented, for a range of reasons including a lack of resources and distractions such as Brexit.

Also likely to be examined is the response to a 2016 “war-game” of how Britain would respond to a fictitious “swan flu” pandemic. It concluded the UK was unprepared and predicted a crisis in care homes.

Planning had also focused on pandemic flu, not coronaviruses such as Sars, the Commons health committee chair, Jeremy Hunt, has said.

As recently as Wednesday, a WHO-commissioned report that castigated world leaders described February as “a month of lost opportunity to avert a pandemic, as so many countries chose to wait and see”.

Did Britain lock down too late and what role did “behavioural science” play, especially at the beginning? It didn’t help that the first of five Cobra meetings missed by Boris Johnson took place in late January as the pandemic developed.

Senior advisers were worried that the British public might just not have had the appetite for a sustained pause on their way of life.

Weeks before the first lockdown on 23 March eventually came, England’s chief medical officer, Chris Whitty, had spoken of a risk of going “too early,” adding that “people will understandably get fatigued and it will be difficult to sustain this over time”.

Similar procrastination dogged subsequent decisions, such as in September when ministers only limited social gatherings to six people as Sage called for an immediate “circuit-breaker”. Later, a major U-turn allowed Christmas gatherings.

Few other areas evoked as much controversy as this, with public anger aroused by accounts of NHS and social care staff resorting to makeshift measures amid shortages of PPE.

With the government under extreme pressure, a flight containing PPE purchased from a Turkish company took on almost totemic significance, only for the 400,000 gowns to be later impounded because they were poor quality.

Despite the government spending £18bn on PPE contracts, the National Audit Office led criticism of contractual practices and in the first phase of the pandemic resources were scarce both in the NHS and in social care.

More people died with Covid in care homes in England and Wales in the second wave of the pandemic than in the first, according to new figures released this week.

But the deaths of around 40,000 care home residents in the UK – around a third of all fatalities – has long been regarded as one of the greatest failures of the government.

The government had “tried to throw a protective ring round our care homes”, the health secretary, Matt Hancock, claimed last May. But thousands were discharged from hospital into care homes, care workers were advised they didn’t need to use PPE and for months care homes couldn’t access testing as the NHS was prioritised.

There is no doubt that pre-existing inequalities facing BAME communities had a major impact on their vulnerability to the virus, which essentially reversed a situation where overall white mortality had been higher than BAME mortality in England.

The impact also played out among frontline staff. The first 10 doctors named as having died in April last year were all BAME and, by May, the statistics showed per capita death rates in hospitals were twice as high for people from a Bangladeshi background as among those from a white British background.

Originally touted as the “world beating” centrepiece of the government’s strategy for managing the pandemic, NHS test and trace ultimately failed to deliver on its central promise of averting another lockdown.

That was the conclusion of a report in March by the Commons public accounts committee, which also noted its budget of £37bn over two years.

MPs struggled to find evidence that Covid-19 transmission has been reduced in any significant way by the system, often staffed by a contracted-out workforce with insecure jobs and overseen by expensive consultants. Dido Harding, the Tory peer appointed as its chief executive, came to the role with no obvious qualifications in public health management.

While much of the scientific analysis will take years to complete, the inquiry is likely to be keenly interested in the extent to which advice from the Scientific Advisory Group for Emergencies (Sage) was followed by the government and at what time.

The UK government’s chief scientific adviser, Sir Patrick Vallance, has already said: “Perhaps the single biggest false assumption that we made was about the potential for asymptomatic transmission, and that did govern a lot of policy in the early days.”

Questions are also likely to cover the issue of “herd immunity” – the notion that a population could build up natural immunity once enough people had been exposed to it. Forced on to the backfoot at an early stage about it, Sir Patrick has insisted it was never official policy.

Under the stewardship of the venture capitalist Kate Bingham, the UK’s early and extensive procurement and rollout of a portfolio of vaccines has been a success story that has arguably contrasted sharply with that of the European Union.

The inquiry is also likely to take a keen interest in decisions such as delaying second doses of Covid-19 vaccines, which the UK has led the way on.

Britain’s vaccine remains a success, for now, but any subsequent missteps will come under the spotlight. Emerging from lockdown, the approach taken to so-called vaccine passports also remain a major bone of contention. 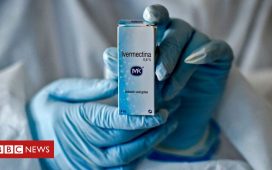 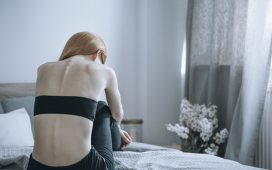 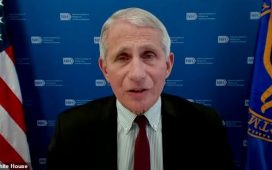 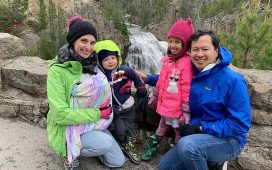