NEWSCABAL
Home » UK Covid infections are at record levels, but cases may have peaked
health

UK Covid infections are at record levels, but cases may have peaked


Britain was last week presented with two differing pictures of Covid-19’s spread across the country. Together they suggest infections have reached record levels since the pandemic began but have also raised hopes that the current high wave of cases across the UK may have peaked.

The first study is based on a random survey of households that showed about 1.28 million people in England, Scotland, Wales and Northern Ireland were infected with Covid-19 for the week ending 22 October, the highest number of infections to be recorded since the pandemic began in the UK. Carried out by the Office for National Statistics, this weekly survey is rated as the most reliable measure of British infection levels.

But a second analysis – based on Department of Health and Social Care (DHSC) reports of new cases for the week ending 29 October – suggested there had since been a 14% decline in case numbers. However, these reports are considered to be a less reliable measure of Covid-19’s case numbers, leaving some uncertainty over the disease’s progress in the UK.

Professor Paul Hunter of the University of East Anglia said it was too soon to say whether there was a real decline in infections, adding: “If infections really are falling in line with the daily reports from the DHSC, then the earliest we would see any impact in the ONS dataset is Friday.”

This point was backed by Professor Jim Naismith, director of the Rosalind Franklin Institute, Oxford, who said he expected the prevalence in England to have peaked or to be close to the peak, adding: “And if England has peaked, then other numbers will start to fall. I certainly hope so – 1,000 people every day are ending up in hospital and 1,000 a week are dying.”

Simon Clarke, associate professor in cellular microbiology at Reading University, also warned that the health service remained badly stretched, saying: “If the situation were to deteriorate further, we risk creating pressure in the healthcare system leading to reduced access to care for the most unwell. Anyone in a crash on the motorway or whose routine operation has taken a turn for the worse could find themselves without access to the intensive care unit at their local hospital.” 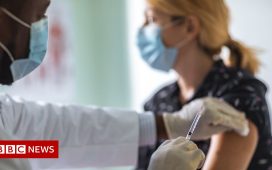 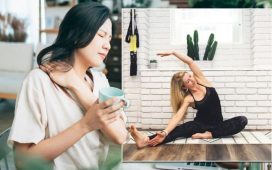 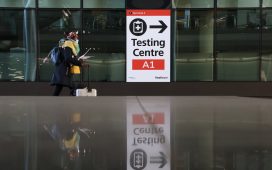