UK court rules against extradition to US of WikiLeaks founder Assange 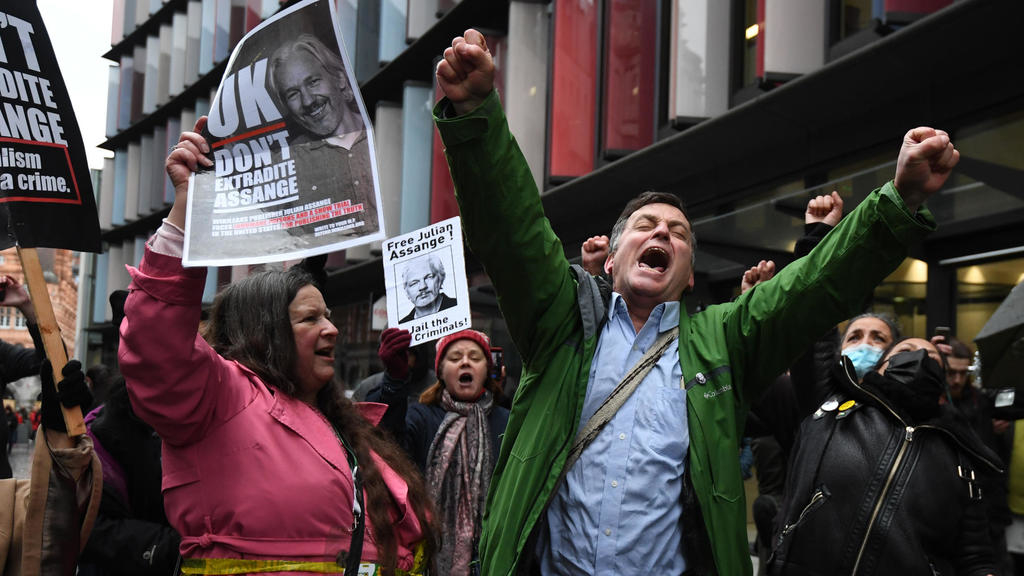 A British judge on Monday ruled that WikiLeaks founder Julian Assange should not be extradited to the United States to face espionage charges for publishing hundreds of thousands of secret documents online.

District Judge Vanessa Baraitser said the 49-year-old Australian publisher was a suicide risk if he was sent into custody across the Atlantic.

“For this reason I have decided extradition would be oppressive by reason of mental harm and I order his discharge,” she added.

In court, Assange wiped his forehead as the decision was announced while his fiancee Stella Moris burst into tears and was embraced by WikiLeaks editor-in-chief Kristinn Hrafnsson.

Outside the Old Bailey court in central London, his supporters who had gathered since early morning erupted in cheers and shouted “Free Assange!”

Assange and his legal team have long argued that the protracted case, which has become a cause celebre for media freedom, was politically motivated.

It follows more than a decade of legal controversies but the ruling is still subject to appeal. Assange was remanded in custody but a bail hearing could be heard later on Monday.

The US non-profit Freedom of the Press Foundation said the case against Assange was “the most dangerous threat to US press freedom in decades”.

“The extradition request was not decided on press freedom grounds; rather the judge essentially ruled the US prison system was too repressive to extradite.”

Assange faced 18 charges in the United States relating to the 2010 release by WikiLeaks of 500,000 secret files detailing aspects of military campaigns in Afghanistan and Iraq.

If convicted in the United States, Assange faced up to 175 years in jail.

Defence witnesses called during the hearing said his history of depression meant he would be a suicide risk if sent to the United States and locked up in a maximum security prison.

He has also complained of hearing imaginary voices and music during his detention.

Before the ruling, both Germany and a UN rights expert expressed concern over the human rights and humanitarian problems presented by the extradition.

Assange has a respiratory condition that makes him more vulnerable to Covid-19, which has infected several inmates at the high-security prison where he has been held in London.

WikiLeaks’ Hrafnsson had told AFP on Sunday he was “almost certain” the court would rule against Assange and complained of bias in the proceedings.

UN special rapporteur on torture Nils Melzer has urged US President Donald Trump to pardon Assange, saying he is not “an enemy of the American people”.

“In pardoning Mr Assange, Mr President, you would send a clear message of justice, truth and humanity to the American people and to the world,” he wrote in December.

“You would rehabilitate a courageous man who has suffered injustice, persecution and humiliation for more than a decade, simply for telling the truth.”

The prospect of a possible pardon from the outgoing US leader has gained ground following a slew of others granted to a number of Trump’s political allies.

Moris, with whom Assange has two young sons, also appealed to Trump directly.

The UK hearing was told Trump promised to pardon Assange if he testified Russia hacked into the computer servers of the Democratic National Committee (DNC) during the 2016 election campaign.

After Sweden first issued an arrest warrant for Assange in 2010 over allegations of sexual assault, he sought asylum in Ecuador’s embassy in London, where he remained from 2012 until 2019.

In April 2019, Ecuador, by then ruled by right-wing President Lenin Moreno, revoked his citizenship. British police dragged Assange out of the embassy.

He was arrested for breaching his bail terms but remained in custody pending the ruling on the extradition request.

The earlier Swedish assault investigation against him was later dropped due to lack of evidence.