UK carbon trading system to launch in May


The UK’s post-Brexit carbon trading scheme will launch in May, the government said on Friday, with the first auctions that replace its EU counterpart expected to attract strong interest from buyers.

The UK emissions trading programme is a cornerstone of the government’s pledge to become a net-zero economy by 2050. It sets a limit on the volume of greenhouse gases that heavy polluters can emit and requires them to buy carbon credits, which can be traded, to cover their output.

Companies such as power providers have been awaiting details on the UK scheme since the Brexit transition period concluded at the end of 2020. The plans released on Friday show the first trades will take place on May 19, pending regulatory approval.

The UK ETS is designed to enable companies to cut emissions in a cost-effective way, make cleaner fuels more competitive and force industry to clean up its operations. It will become the main UK benchmark for the price of emissions following Brexit.

Auction volumes are expected to be in line with a UK government pledge to reduce the number of allowances for polluting by 5 per cent relative to the EU system.

Intercontinental Exchange, which also hosts the EU carbon trading platform, said on Friday that 83m UK allowances would be sold this year with the auctions taking place every two weeks.

Anne-Marie Trevelyan, UK energy minister, said the scheme was designed to be “even more ambitious than the EU system it replaces”. 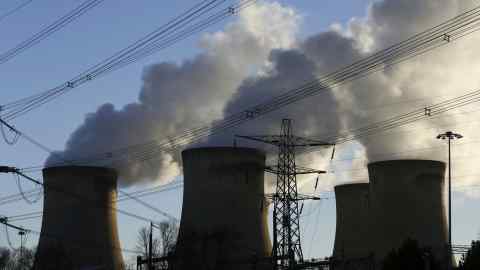 Analysts said UK utilities had continued to buy allowances under the EU ETS scheme as a hedge against their emissions since the UK exited the EU scheme on January 1. They are now expected to look to sell those EU hedges and replace them with UK emission allowances, sparking off a round of buying.

Tom Lord, head of trading at Redshaw Advisors, said there was an “assumption that UK allowances would not price below EU allowances in the early months, possibly years of the UK ETS”.

That suggests UK businesses covered by the scheme could face prices of about £35 a tonne. The EU ETS has soared since the start of 2021 in anticipation that the EU will take further measures this year to target pollution. The price of carbon in the bloc hit a record high above €40 a tonne earlier this month.

The power sector this week urged the government to provide clarity about key details of the post-Brexit system, such as whether it will be linked to the EU’s counterpart. The European Commission said this week that negotiations with the UK about such a link had not started.