UK car manufacturing output fell by 4% year-on-year in October, according to figures released today by the Society of Motor Manufacturers and Traders (SMMT).

Just 134,752 cars were produced – 5622 fewer than in the same month last year. This is the 16th month of the previous 17 in which production has fallen. There was a modest rise in August only because Brexit-related factory shutdowns earlier in the year meant some usual summer shutdowns were cancelled.

Production for the home market dropped by 10.7% in the past month, while exports came down 2.6%. The SMMT cites fragile consumer and business confidence at home and demand problems abroad as the cause of the reductions. Model changeovers, as with the Land Rover Discovery Sport, didn’t help the situation. 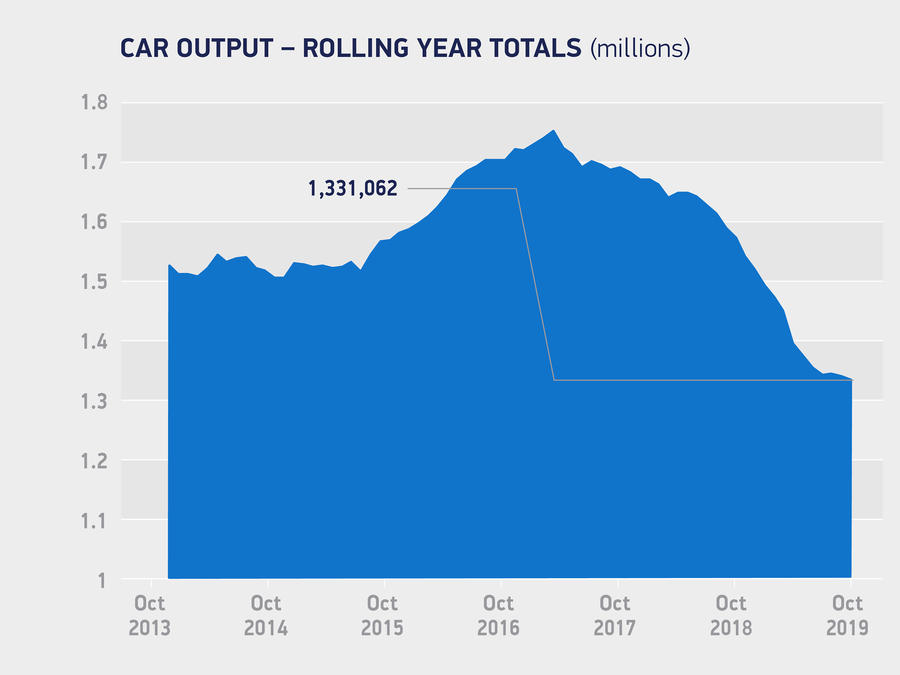