The UK car manufacturing sector experienced its worst October in 65 years last month, according to new figures. Data from the Society of Motor Manufacturers and Traders (SMMT) shows UK factories built 41.4 percent fewer cars last month than in the same month of 2020, with fewer than 65,000 new cars rolling off production lines.

The sector’s fourth straight month of decline saw 64,729 new cars leave UK factory gates, the lowest number since October 1956 and down from 110,458 during the tenth month of 2020. That drop was evenly spread between cars built for export markets (down 42.1 percent) and those built for customers in the UK (down 37.9 percent).

According to the SMMT, that across-the-board reduction is down to the global semiconductor shortage, which led to “production stoppages” at UK factories. However, the organisation admits the “weak” output totals are also partly down to the closure of Honda’s factory in Swindon this summer.

Over the first 10 months of the year, the SMMT says some 721,505 new cars have been produced in UK factories, down 2.9 percent compared with the coronavirus-ravaged 2020. As usual, around eight in every 10 cars built in the UK have been sent abroad, with around 600,000 vehicles shipped overseas this year.

That’s roughly in line with 2020 figures, but demand for British-built vehicles in the UK has fallen slightly, with around 125,000 cars destined for UK customers between January and October this year. That’s down from just under 140,000 during the same period last year – a drop of around 10 percent.

“These figures are extremely worrying and show how badly the global semiconductor shortage is hitting UK car manufacturers and their suppliers,” said Mike Hawes, the SMMT’s chief executive. “Britain’s automotive sector is resilient but with Covid resurgent across some of our largest markets and global supply chains stretched and even breaking, the immediate challenges in keeping the industry operational are immense.

“Government can help the industry with measures to boost competitiveness in line with global rivals, notably in tackling high energy costs, supporting employment and training, and helping businesses whose cash flow is under pressure from these historically poor production numbers.” 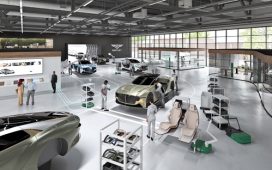 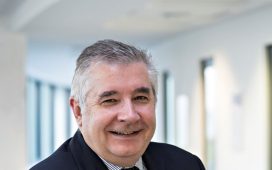