The US President has thrown his weight behind moves to set up a worldwide, 21% minimum level of corporation tax – making it less attractive for multinational companies such as Facebook, Amazon and Google to legally switch profits around different countries, including tax havens.

More than 70 current and ex-business leaders, including scores from Britain, have signed a letter urging the Government to agree a deal.

The potential pact will be discussed at next month’s G7 meeting in Cornwall.

Eleos Compliance founder Gemma McGough said: “It is very clear that British businesses are undermined by big multinational companies paying lower levels of tax than the rest of us.

“This proposal would mean British businesses have a level playing field to compete on.

“It would be great to see our Government get a deal that helps end tax avoidance.”

Rebecca Gowland, international director for Patriotic Millionaires and founder of Partners In Progress, said: “This proposal is a once-in-a-generation chance to get a deal on tax avoidance and help end the race to the bottom on tax policy.

“It’s great to see so many business leaders coming out and voicing support for a deal that will allow British businesses to compete more fairly.”

The Mirror revealed this month(MAY) how Co-operative Party polling showed 65% of the British public backed the Biden-supported proposal.

Quizzed at the time about proposals for an international minimum corporation tax, Mr Sunak said the Treasury’s priority was “around finding a way to appropriately and fairly tax large multinational digital companies”.

He told the Wall Street Journal the UK was also “engaging” in discussions around minimum corporation tax rates and that Britain had “been fighting for a long time” around the “genesis” of a tax crackdown on digital multinational firms.

The Chancellor added: “We’re open to having a package that involves both of these.

“The devil will be in the detail, and that’s what we’re looking at.”

Amazon, Facebook and Google have always insisted they pay all taxes due in each country.

A Treasury spokesman said: “Reaching an international agreement is a key priority for the Chancellor – but we’ve always been clear that any deal must ensure that digital businesses pay tax in the UK that reflects their economic activities.

“That is what our taxpayers would expect and is the right thing for our public services.” 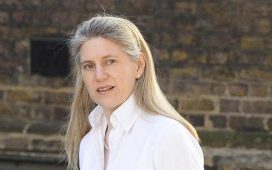 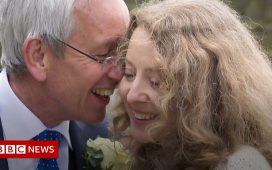