Thousands of Britons in South Africa and many more with bookings to travel have had their plans thrown into disarray as flights were suspended on Friday.

The UK government temporarily blocked direct flights as it placed six southern African countries on the red list due to concerns over a new Covid-19 variant. The move comes at the start of peak holiday season, with airlines having booked tens of thousands of passengers to fly before Christmas.

British Airways and Virgin Atlantic, which operate the only direct flights to the region, linking London with Johannesburg and Cape Town, were forced to cancel flights landing in the UK before 4am Sunday. Both were urgently reviewing schedules to decide whether services will remain viable after the ban lifts.

British and Irish nationals on flights landing after 4am Sunday will have to go into hotel quarantine, while foreign nationals will be barred from entry under red list rules.

Virgin said it had cancelled holiday packages for the next month, while BA has so far only yet confirmed that flights will operate from South Africa on Monday evening.

BA and Virgin said they would contact customers who had booked flights. A BA spokesperson said it was “working through plans for our customers and colleagues currently in South Africa and those due to travel from the UK in the coming days”.

Virgin operates a daily return service from Heathrow to Johannesburg and was due to commence Cape Town services from 17 December, with sales taking off since restrictions were eased. The airline reported earlier this month it had taken 32,000 bookings on the routes in October, mainly for travel ahead of Christmas.

A spokesperson said the airline would allow all customers to rebook ahead of possible travel although some flights would likely go ahead for repatriations, cargo, and for those prepared to enter hotel quarantine. Virgin has cancelled, and stopped selling, all package holidays to the country until 6 January.

According to data from analysts Cirium, there were a total of 289 direct flights scheduled by the two carriers between the UK and South Africa, carrying up to 80,000 passengers, in December. Up to 22,000 passengers may have flown in the last fortnight directly to or from South Africa to the UK, since the variant was first identified.

Airline and travel stocks fell sharply on Friday, with BA owner IAG, travel firm TUI and cruise firm Carnival all seeing their share price slide between 12% and 15%, amid fears travel restrictions will spread as the virus crosses continents.

The travel industry warned of the effects on wider consumer confidence as well as the direct hit on operators specialising in the region at the start of high season.

Abta said that while public health was a priority and that it recognised why the red list decision has been taken, “this news will be devastating for many travel companies that specialise in travel to the Southern African countries affected. These businesses have had very little opportunity to generate income for almost two years and now face a further period of being unable to trade – just as the region’s peak season begins.”

Abta urged the government to consider targeted support for affected firms, adding: “It is also vital the decision is kept under careful review and that restrictions are lifted promptly if it becomes clear there is not a risk to the UK vaccination programme.”

However, others strongly criticised the government’s actions, with a review of the red list restrictions unlikely for several weeks. Paul Charles, of travel consultancy the PC Agency, said: “They’ve created a loss of confidence based on possibles, maybes and no certainty. It will kill off Christmas for travellers.

“This is South Africa’s summer season, they were looking forward to recovery like many countries – this action will end it. Why not allow those who are fully vaccinated, up to date on boosters and fully tested to isolate at home?”

He said that there had been concern over other variants which were now forgotten, and added: “The government is falling back on early pandemic policies which are unproven and highly damaging to the economy.”

However, the government has said that the new variant may also evade vaccines and not respond to current treatments. The health secretary, Sajid Javid, said on Friday that a key lesson of the pandemic was “that we must move quickly and at the earliest possible moment”.

Among affected passengers were Alistair Maiden, 41, from Leeds, who works in legal technology and was in Cape Town for business, due to fly out tonight. “At 5am we received an email saying it has been cancelled.”

Maiden considers himself luckier than others because his company will pay for additional flights on Saturday booked via Dubai to Spain, where he plans to quarantine – although he wants to get back as quickly as possible with three young children, including a four-month-old baby, at home. He said: “I do feel really sorry for people – it’s not like we went out and there was any risk that anyone was aware of. The government should probably pick up the tab for the people who’re going to have to quarantine.”

A couple who planned to marry next month in Cape Town said they were “devastated, disappointed and deflated” by the changes. Amelia, 38, an actor and producer who lives in Hampshire and did not give her surname, and fiancé Nathan were due to fly out on 1 December but now are unsure if the wedding can go ahead. She said they initially decided to postpone their wedding but when South Africa was removed from the red list in October they “jumped with joy” and decided to put it back on again. Around 20 guests and family were due to travel from the UK.

She added: “Part of us thinks we could go on our own and get married but we want to take the new variant seriously and not put anyone at risk.

“I picked up my wedding dress and only yesterday had my travel jabs done. My head, heart and arms are sore today but we’re living in hope.” 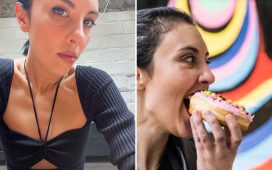 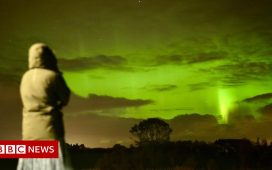