UK beachgoers bask in sunshine but good weather may not last


Crowds have flocked to the beaches to soak up the sunshine as temperatures hit almost 23C across parts of England amid warnings the warm weather is not going to last.

Photographs show hundreds of people packed on to Bournemouth beach in Dorset on Saturday, while in the north kayakers took to Derwentwater in the Lake District.

The mercury is forecast to rise even higher on Sunday, with 24C expected in London and 21C in Newcastle. However, the Met Office meteorologist Sarah Kent warned it is “not going to be wall-to-wall sunshine”.

There will be a mixture of bright spells elsewhere throughout the morning, but the weather will begin to turn later in the day with a risk of widespread showers.

Northern Ireland and northern Scotland will see the best of the weather on Sunday, with only the “odd rogue shower” forecast during the day, Kent said.

Showers and cloudy skies are forecast for northern England on Monday, turning to sunshine, with thunder and heavy showers by mid-afternoon in central and eastern areas.

Kent said weather warnings may be put in place depending on the severity of the showers. Despite the unsettled weather, temperatures are forecast to hit 25C in London and up to 21C in northern Scotland. 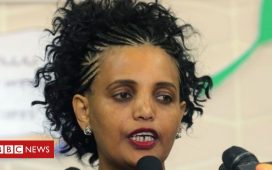 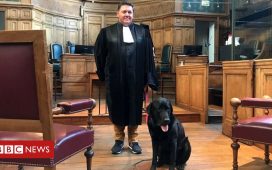 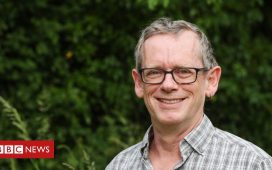 Joe Biden: My surprise claim to be the US president's English cousin