Britain’s largest banks have agreed to scrap nearly £8bn worth of dividends in light of the coronavirus crisis, giving banks an additional cushion to weather an economic downturn.

The Bank of England has also ordered lenders to cancel plans for cash bonuses for executives, as it asked financial institutions to boost their strength ahead of a likely recession.

In a series of coordinated statements the UK’s largest lenders – including Barclays, HSBC, Lloyds, Royal Bank of Scotland and Standard Chartered confirmed on Tuesday that they would temporarily halt shareholder payouts and share buybacks for 2019 and throughout 2020 following discussions with the Bank.

The cancellation of the 2019 dividends will give the banks an additional financial cushion worth nearly £8bn in total, as they are pushed to increase lending to businesses and households during the Covid-19 lockdown.

In a letter to chief executives, the head of the Bank’s Prudential Regulation Authority – which is in charge of financial stability – said any bonuses that have not yet been paid out should also be scrapped.

“The PRA also expects banks not to pay any cash bonuses to senior staff, including all material risk takers, and is confident that bank boards are already considering and will take any appropriate further actions with regard to the accrual, payment and vesting of variable remuneration over coming months,” PRA boss Sam Woods told executives.

While most UK banking bosses have already received their cash bonuses for 2019, the decision is expected to cut into chief executive pay for 2020.

The decision came just months after the release of Threadneedle Street’s latest stress tests, which warned that the country’s largest lenders would have struggled to stay afloat during a significant economic downturn without slashing staff bonuses and shareholder payouts.

The Bank of England also fired a warning shot at insurers on Tuesday, saying they should think carefully before paying dividends or bonuses to senior staff. “We expect them to pay close attention to the need to protect policyholders and maintain safety and soundness, and in so doing to ensure that their firm can play its full part in supporting the real economy throughout the economic disruption arising from Covid-19,” a separate letter explained.

The decisions will be felt most immediately by Barclays shareholders who were set to receive more than £1bn on Friday. Barclays said the decision to scrap the 2019 payout was “in response to a request from the UK Prudential Regulation Authority and to preserve additional capital for use in serving Barclays’ customers and clients”.

Barclays’s chairman, Nigel Higgins said: “These are difficult decisions, not least in terms of the immediate impact they will have on shareholders. The bank has a strong capital base, but we think it is right and prudent, for the many businesses and people that we support, to take these steps now, and ensure that Barclays is well placed to continue doing what we can to help through this crisis.”

The scrapping of a £968m payout by by Royal Bank of Scotland due on 4 May will also hit government coffers. The lender, which is still 62% owned by the taxpayer, was sent to hand around £600m worth of dividends to the Treasury.

Threadneedle Street’s announcement come after it faced mounting pressure to follow in the footsteps of the European Central Bank, which last week urged lenders to stop dividend payments and share buybacks until at least 1 October.

The head of the Bank of International Settlements – referred to as the central banks’ central bank – also came out against bank dividends this week, saying it would be irresponsible for banks to hand money to shareholders given the poor economic outlook. 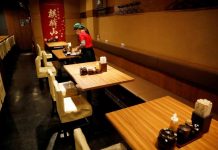 No deal Brexit holds fewer fears for a Covid-ravaged economy 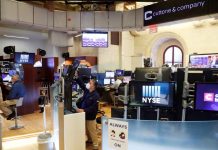 Coronavirus: 'I may lose it all, but there’s no help for me'