These immortal words by James Freeman Clarke, an American theologian and author, are as profound today as they were in the 19th Century when they were first written. Profound because the idyll implicit in those lines seems like a mirage in an increasingly closeted world defined by partisan interests. So, when politicians buck this trend and adopt a largely bipartisan outlook, they enjoy huge acclaim across party divides.

Governor Ifeanyi Ugwuanyi’s overwhelming re-election with over 95 per cent of the votes cast in the March 2019 gubernatorial election was clearly a referendum on his government’s performance in its first term. It reflects the confidence the people repose in him, but, even more, the huge victory places a burden of performance that transcends the narrow expectations of party men and women mostly seen after triumphant electoral campaigns. It is the willingness to indulge party supporters’ sense of entitlement that Clarke’s immortal words speak to.

That inclination is usually the bane of our politics.

Governor Ugwuanyi sees politics beyond the winner-takes-all prism that reduces governance merely to a patronage-dispensing enterprise, preferring rather to embrace an inclusiveness where everyone feels a sense of belonging because state resources are deployed for the common good, and not toserve the interest of a few.

His phenomenal presence in the political space of Enugu State presents a compelling paradox: a partisan politician whose acceptance cuts across party lines. A party leader whose passion is that all parties should be encouraged to thrive. A politician in the Nigerian setting who is without guile, and who is incapable of intrigues! It is his penchant for inclusive governance that he has continued to draw unprecedented praise since his first inauguration; from religious leaders through to the traditional rulers and leaders of opposition parties, including even individuals who contested against him in the last general election!

However, it is ironical that the qualities that have earned Gov. Ugwuanyi such widespread appeal are precisely those abhorred by some members of his political party, the Peoples’ Democratic Party (PDP).

There is no pretension about their grouse. They are, quite simply, unhappy that he extends opportunities to members of opposition parties and allege that such patronage occurs at an almost disproportionate rate to what PDP stalwarts get. Whereas he believes in an all-inclusive approach, a great majority of the PDP structure believe in the winner-takes-all philosophy. Whereas he believes in consensus-building, where equity is reflected in the choice of representation, and where the women and the generally weak are protected against the prowling predilections of the strong, some leaders of the party believe otherwise. Whereas he believes that while the strong could swing his arms, the weak should also be granted the opportunity to protect his nose, some PDP leaders in the state believe that the strong should rule the weak! How then does he strike a balance between the demands of his party and the demands of his character?

Yet, it must be stated that character is an incredibly important feature of reputation in political leadership.

Ugwuanyi governs with virtues that most resemble that of an ideal leader; a man who believes in causes larger than himself. He is a master of the science of human relationship and has remained a guiding force for good and a national champion for peace and humanity. There is no overstating the fact that his all-inclusive model has produced varied intangible benefits, not least of which is the enduring peace and security that Enugu State enjoys. Residents have over the years taken this for granted that even the slightest breach of this accustomed order causes the most hysterical reaction. So, statesmanship entails understanding that politics should not be circumscribed by obligations to one’s political party. Thus, he has stuck to multi-partisan ideals not necessarily because he revels in the accolades that come from being so inclined; it is simply for the reason that it is the right thing to do. As former President Goodluck Jonathan recently observed at an event in Enugu, “If you are the governor of a state, you must treat all citizens equally, irrespective of their political persuasions, otherwise you are not a good governor. So, I looked back when we all wanted him and I thank God we made the right choice.”

This is the prevailing sentiment in Enugu State; one that is, in fact, shared by thosewho do not necessarily reside in the state.

Ugwuanyi’s reputation is crested on his incredible virtue of patience and humility. The greatest attribute he has is his humility; the greatest strength in him is his compassion. He has been able to deploy these uncommon facilities to disarm even the most virulent of opponents. At the recent local government primaries in the state, many an observer marveled at the ease with which he led the party to a rancor-free exercise, not withstanding the seemingly recumbent wishes of party members. It was democracy in action, as the people, I mean the people, the down-trodden, the prosaic legion were permitted to have a voice. Instances of what transpired at the stakeholders’ meeting with the governor during this exercise bear worthy recollection. At the Igbo Etiti Local Government caucus, for instance, the son of a very prominent political leader in the state, whose father’s looming shadow over his ambition was not hidden, was widely opposed by the stakeholders and their wishes prevailed! Indeed, the mantle eventually fell on the lap of woman who could hardly have mustered any political gravitas had it been left solely to the nuances of might. Ditto, in Enugu South, where a candidate sponsored by a foremost political leader in the state was roundly rejected by the party members, which exercise produced a seemingly hapless party member whose well-known resume included his undiluted passion for the party.

Although politics generally still remains a concentric circle of conspiracies, Ugwuanyi has succeeded in enthroning a new vista of political engineering in the state. Away from the highfalutin façade usually foisted by some political leaders to glorify and mystify the office he occupies, he has been able to deconstruct the grandiloquent imagery of the office of the governor as an institution far removed from the people, and has made Government House what it ought to be: a house for the people! He has demonstrated an uncanny capacity to place himself in the position of the ordinary man, and it has helped him to gauge the pulse of the public and meet their expectations.

It is, therefore, not in doubt that the character of the man at the helm of affairs influences everything about the territory he governs. The peace that has reigned in Enugu State since the emergence of Governor Ugwuanyi is simply a symptomatic reflection of his character as a person. The tranquil profile of Enugu as the safest state in the country today and the innumerable milestones of achievements are simply consequential derivatives ofthe  peace he has planted in the state. 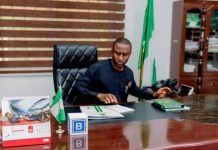 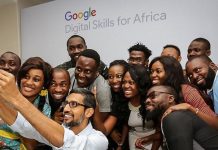 Google and Flutterwave collaborate to train 5000 SMEs across Nigeria

Outbreak of coronavirus: No need to panic, FG tells Nigerians

My husband beats me, I made mistake marrying him – Wife tells court