Uber has sold its food delivery service in India to local rival Zomato, the firms have announced.

Uber will get a 9.99% stake in the Indian start-up, helping it maintain its presence in the sector.

All Uber Eats customers in India will now be redirected to Zomato but it’s unclear if the acquisition will cause lay-offs.

The deal is likely to give Zomato an edge over its rival Swiggy in a fast-growing but fiercely-contested sector.

Zomato operates in more than 500 cities in India and the firm believes that the acquisition will further consolidates its presence.

“We are proud to have pioneered restaurant discovery and to have created a leading food delivery business across India. This acquisition significantly strengthens our position in the category,” Deepinder Goyal, Founder and CEO of Zomato, said.

Uber Eats launched in India in 2017 with a promise to revolutionise the sector. The San Francisco-based company has since been trying to increase its customer base, but faced a tough competition from Zomato and Swiggy.

Uber said India would continue to be its priority.

“India remains an exceptionally important market to Uber and we will continue to invest in growing our local rides business, which is already the clear category leader,” Dara Khosrowshahi, Uber CEO, said.

Correspondents say the deal will further intensify the competition between Zomato and Swiggy.

Food delivery services have become integral to daily life in India. Corporate professionals rely on aggregators to deliver their lunch at work every day – restaurants and kitchens have been able to expand their customer base considerably as a result and tens of millions of people across the country have become accustomed to getting their favourite meal delivered directly to their doorstep every day.

With a cab aggregator service already firmly established in the country, and a large population, Uber’s entry into the Indian food delivery market was a no brainer.

But the parent company was under pressure to reduce loss-making businesses since going public last May, and Uber Eats was bleeding money. This is the latest sale for Uber after it exited businesses in Russia, China and Southeast Asia in recent years.

So, why is the Indian market so competitive?

It is crowded with indigenous apps such as Zomato and Swiggy that were already operating in hundreds of towns and cities across India. They had attracted a strong customer base to their extensive catalogue of restaurant partners. But their real appeal was deep discounts, a must for the Indian customer. Zomato has run into a lot of controversy regarding its offers but for now, it seems to have given the startup an edge.

The fight for India’s food delivery market is now pretty much a duopoly between Zomato, backed by Alibaba, and Swiggy, which is backed by another Chinese tech giant – Tencent.

But all is not lost for Uber. By retaining a stake in Zomato, it’ll ride the wave of success the Indian startup is enjoying – but as a backer, rather than a loss-making rival. 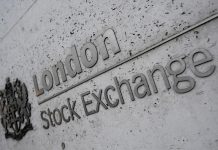 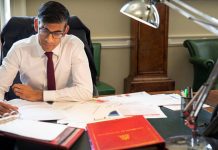 Chancellor confirms Budget will go ahead on March 11

Wages back above pre-economic crisis levels 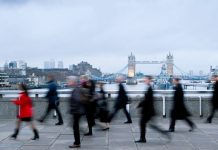 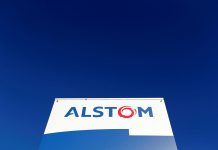