A chartered evacuation aircraft operated by Kalitta Air waits for U.S. passengers who have chosen to leave the Diamond Princess cruise ship, to fly back to the United States, at Haneda airport in Japan February 17, 2020. Courtesy of Philip and Gay Courter/via REUTERS. ATTENTION EDITORS – THIS IMAGE HAS BEEN SUPPLIED BY A THIRD PARTY. MANDATORY CREDIT PHILIP AND GAY COURTER. NO RESALES. NO ARCHIVES.

(Reuters) – Fourteen U.S. citizens tested positive for the new coronavirus during the evacuation of over 300 U.S. nationals and their family members from a quarantined ship in Japan, the U.S. State Department said on Monday.

The passengers were preparing to return to the United States on a chartered aircraft when U.S. officials received notice that 14 people had tested positive for COVID-19, according here to the statement.

The 14 were moved to a containment area on the evacuation aircraft, the statement said.

The luxury cruise voyage with more than 3,000 passengers aboard was struck by the virus earlier this month, leaving them and crew in confinement.

Reporting by Mekhla Raina in Bengaluru; Editing by Toby Chopra

READ  Vitamin D deficiency: Residents of THESE THREE cities are most at risk of deficiency

What does asymptomatic mean, and can I still have coronavirus without symptoms?

High temperature but no cough? You can have coronavirus without all symptoms, docs warn 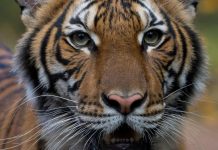 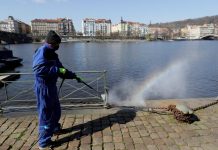