BANGKOK (Reuters) – The top U.S. diplomat for Asia on Friday said Washington is not asking its allies to choose between it and China, promoting instead a shared vision of a rules-based order “where large countries don’t bully the weak”.

Assistant Secretary of State for East Asian and Pacific Affairs Daniel Kritenbrink, speaking in Thailand as he wrapped up his swing through Southeast Asia, said he preferred to focus on an “affirmative agenda” of revitalising relationships in Asia.

“As to whether the United States is somehow asking countries to choose, the answer is absolutely not,” Kritenbrink said.

“We do want partners in the region to have choices, however. And specifically to have the sovereign say over all of their own decisions.”

He described Asian allies as converging behind a shared vision of order “where all countries large and small play by the rules and where large countries don’t bully the weak and where countries are engaging commerce freely and are not subject to economic coercion.”

Kritenbrink had earlier visited Singapore, where he said the U.S. has a rock solid commitment to assist Taiwan against threats and coercion by China.

He said he had also spoken to Southeast Asian leaders, including in Thailand, about putting pressure on the military in Myanmar and praised the Association of Southeast Asian Nations for excluding junta chief Min Aung Hlaing from a recent leaders’ summit. 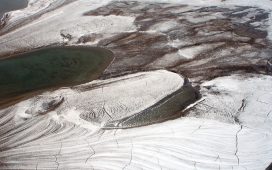