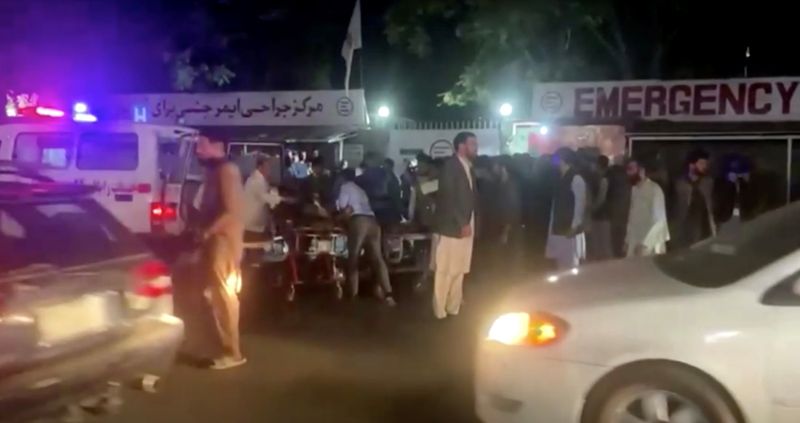 WASHINGTON (Reuters) -The United States on Monday imposed sanctions on three leaders of Islamic State’s Afghanistan branch and another man it accused of acting as a financial facilitator for the group, in a move that follows a series of attacks in Kabul claimed by the militant group.

The U.S. Treasury Department also blacklisted Ismatullah Khalozai, accusing him of operating a Turkey-based informal money-moving network, known as a hawala, to transfer funds to finance the Islamic State-Khorasan Province.

“Today’s designation underscores the United States’ determination to prevent ISIS-K and its members from exploiting the international financial system to support terrorist acts in Afghanistan and beyond,” said Andrea Gacki, director of the Treasury’s Office of Foreign Assets Control, using a common name for Islamic State-Khorasan Province.

The U.N. envoy to Afghanistan last week delivered a bleak assessment of the situation following the Taliban takeover, saying that the affiliate of the Islamic State group has grown and now appears present in nearly all 34 provinces.

Islamic State claimed responsibility for two explosions that hit a heavily Shi’ite Muslim area of Kabul, the Afghan capital, last week, killing at least one person and wounding at least six others.

The blasts were the latest in a series of attacks in Kabul claimed by the militant Sunni group in recent days, with Shi’ite areas in the west of the city targeted several times. The group has also launched attacks on Shi’ite mosques in the northern city of Kunduz and the southern city of Kandahar.

The attacks have added pressure on the Taliban government, which is grappling with a deepening economic crisis, and dented its assertion that it has restored security to Afghanistan after decades of war.