Even though he is the overwhelming favourite to win this weekend’s fight Tyson Fury will not be underestimating Otto Wallin in Las Vegas.

“Gypsy King” Fury faces the Swede at the T-Mobile Arena in a bout that many are calling a “tune-up” ahead of a potential rematch against Deontay Wilder.

Even WBC champion Wilder mocked the choice of opponent but British fighter Fury insists he has been training hard to face Wallin, who arrives in Vegas with an unbeaten record of 13 knockouts from 20 victories.

Former WBA, IBF and WBO heavyweight champion Fury, who has 28 wins and one draw (against Wilder) from his 29 fights, said: “I don’t underestimate anybody. I give everybody the ultimate respect.

“Even if I’m fighting a guy that has had 20 fights and lost 20, I will train for him like he’s had 20 knockouts in a row. I never fail to prepare.

Fury admits that he does not know much about 28-year-old Wallin, but is confident of victory at the T-Mobile Arena.

He added: “Is Wallin knocking me out? Definitely not. I don’t know much about Otto and sometimes that is a good thing.

“Sometimes when you know a lot about an opponent it doesn’t turn me on fully, when it’s unknown it’s more exciting.

“I feel good, fit, have trained really hard, weight is perfect, injury free, sharp, rejuvenated. I feel ready for a good fight. I am as strong as I have ever been.

Ready to cause an upset

Wallin arrives in Vegas with the pundits and bookies not giving him much hope. However, he is ready to “put it all on the line” against lineal heavyweight champion Fury.

“I come from a small place in Sweden and now I’m on the big stage,” he said. “I’ve dreamed of this and am willing to put it all on the line.

“I’m well schooled, I have good offence, defence and I think I have what it takes to cause an upset.”

Fury vs. Wallin will be shown live in the UK via BT Sport Box Office (£19.95). Coverage of the fight night begins at 2am (BST) on Sunday 15 September. BBC Sport and the Daily Mirror report that the main bout is expected to start at around 5am.

Tale of the tape

“Despite Wallin’s marketable resume, this fight is little more than a gimme for Fury, who boasts every possible advantage – size, power, technique – over his opponent. With an agreement in place for a money-spinning rematch against Deontay Wilder, there is barely even a faint prospect of an upset. Wallin has never been tested at elite level and Fury should, in truth, be able to close the show whenever he fancies. A stoppage inside the first six rounds should be expected unless he decides to play to the crowd.”

“This is mainly a showcase card, but the last time Fury fought a showcase fight, it was a massive and massively entertaining spectacle. I have no reason to believe this goes any other way. Prediction: Tyson Fury, KO R4.”

“Tyson Fury will win. Of course he will. But odds of 1/25 make him unbackable in that market. Much depends on how many rounds Fury wants to get under his belt.”

“I’ll say Fury by a wide decision – like 118-110. I think he will showboat and clown about a bit and maybe lose a round or two, but otherwise a dominant display.”

“Fury will dance around for a few rounds to make it look a bit more competitive than it really is. Then up the tempo from about round 3-4 to show off his movement and reflexes, adding showboating to the mix. Round 7 the ref will step in as the fight becomes uncompetitive with Wallin throwing nothing back from too many Fury combination flurries. With that much detail, I suppose I’d better put a tenner on R7 now!”

“Fury will have his sights set on rematch with Wilder but has one man standing in his way. The Gypsy King should take care of business without any hiccups, but he’ll still need to get through the 12 rounds against the tough-chinned Wallin. Prediction: Tyson Fury wins by decision.”

“The unbeaten former WBA, WBO, IBO and IBF king likes to put on a show and isn’t the type to go hunting for an early finish, while Wallin looks to be a game contender and should be able to deal with any early combinations Fury manages to put together. However, as the fight progresses, the Swedish hopeful is likely to tire, and Fury’s opportunity to secure a stoppage will come and that chance may well come in rounds 7-9.”

“Tyson Fury vs. Otto Wallin is an absolute walk-over job for The Gypsy King and for his team to pick such an unknown and unproven opponent is almost disrespectful to boxing fans. It’s a mismatch of such staggering proportions it barely deserves a predictions article.”

Prices according to Oddschecker.

To win the fight

Will the fight go the distance? 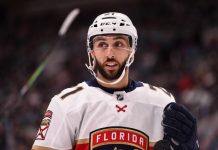 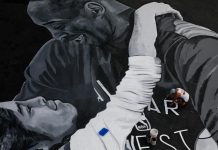